How history was made 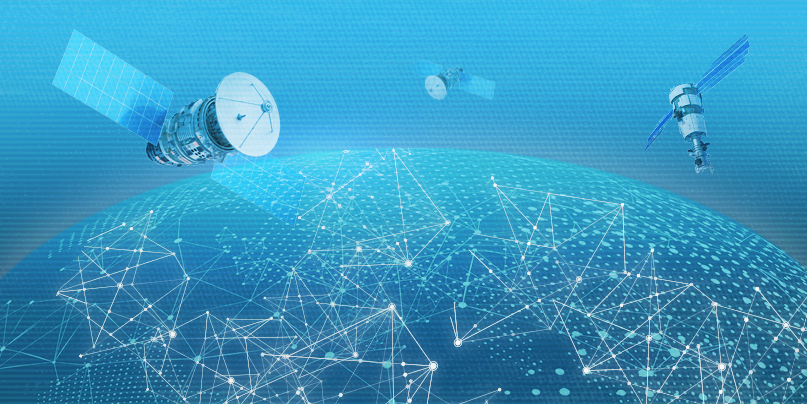 To celebrate this landmark occasion, The Daily Swig provides a rundown of ARPANET and how it laid the groundwork for the modern internet and today’s hyper-connected world.

ARPANET was an experimental system that pioneered the then-radical idea of networking different kinds of computers together.

The project was sponsored by the US Defense Department’s Advanced Research Projects Agency (then known as ARPA but since renamed as DARPA). 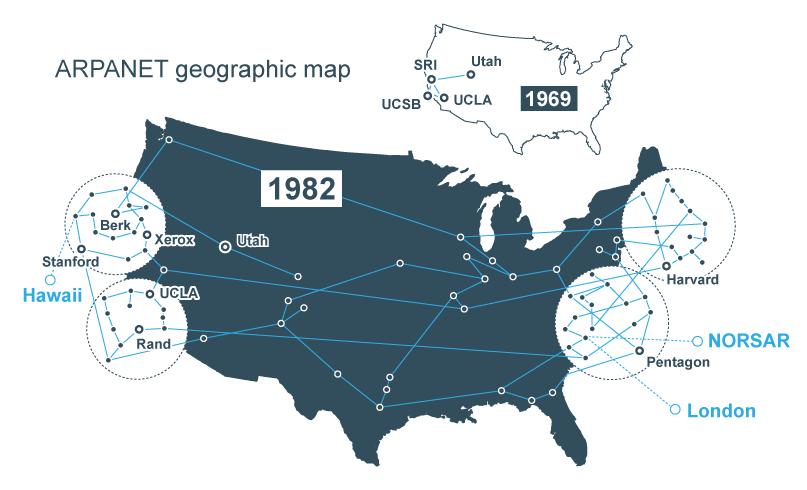 How did ARPANET work?

The first node of the ARPANET was established when networking hardware was installed to UCLA and connected to a host computer on September 2, 1969, but its birthdate is taken from when the first transmission was made, October 29, 1969.

The team of engineers at UCLA was led by Professor Leonard Kleinrock and featured young graduate student Vint Cerf.

What was the first ARPANET message?

Two characters – ‘L’ and ‘O’ – typed into a computer terminal at UCLA were successfully transmitted to a computer at the Stanford Research Institute, some 352 miles (566 km) away, before the connection was lost.

Scientists had intended to type in “LOG” through an “Interface Message Processor”, but UCLA undergraduate Charley Kline only got as far as sending two characters before the system crashed.

The exercise was repeated successfully a few hours later. 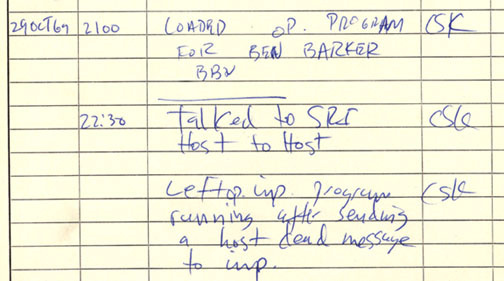 The first ARPANET message was sent on October 29, 1969

Who supplied the technology?

AT&T supplied the 50kbps connection between the two sites, with engineers set up an analogue phone call to confirm the receipt of messages.

Government contractor BBN supplied the Interface Message Processor (IMP) that connected nodes on the nascent network. Each IMP comprised a Honeywell DDP-516 mini-computer with 12KB of memory. This gateway allowed a host machine at UCLA (an SDS Sigma 7 running the SEX operating system) to send a message to a terminal at SRI (an SDS-940 computer with the Genie operating system).

The October 29, 1969, communication was significant because it represented the first use of a wide area packet switched network, a pioneering communications technology that still underpins modern telecommunications networks.

Packet switching, which works without a dedicated channel, created a much more flexible and resilient networking architecture than earlier circuit-switched systems. In a packet switching network, messages are broken up and sent as discrete packets that are reassembled at their destination, often having travelled via different routes and over different mediums (landline, radio, satellite, etc.)

How did ARPANET become the internet?

ARPANET went international in 1973 with satellite links linking the University College of London in England and the Royal Radar Establishment in Norway to US universities.

Access to the ARPANET was further expanded in 1981, when the US National Science Foundation (NSF) created the Computer Science Network (CSNET). This eventually led to the creation of the NSFNET project in 1986.

This laid the groundwork for the creation of the internet as we now know it.

ARPANET was the precursor to the modern internet

When did ARPANET end?

The ARPANET project disbanded in 1990, but project helped seal partnerships within the telecoms industry that laid the groundwork for the creation of the modern internet and the World Wide Web.

How is the ARPANET 50th anniversary being celebrated?

An anniversary event celebrating the 50th anniversary of the ARPANET is taking place at UCLA later today (October 29).

Robert Metcalfe, entrepreneur and co-inventor of Ethernet and Steven Walker, director of DARPA is also due to speak.

ARPANET history: Paving the way for a connected digital world

October 29, 1969
ARPANET, the forerunner of the modern internet, goes live.

1972
The first email program, written by Ray Tomlinson, becomes a killer app on the fledgling ARPANET, which by the end of the years had expanded to connect 24 sites.

1973
Satellite links to Hawaii, the University College of London in England, and the Royal Radar Establishment in Norway established. ARPANET goes international across 37 sites.

1974
Vint Cerf and Bob Kahn publish a paper, A Protocol for Packet Network Intercommunication (PDF), that outlines the design for a Transmission Control Program (TCP).

1980
ARPANET suffers its first outage on grinds October 27. The problem is traced to an accidentally propagated status-message virus.

1983
Switch over from the host-to-host Network Control Protocol (NCP) to TCP/IP, as the underpinning network technology.

The ARPANET is split with the creation of a military-only (MILNET) and civilian sections.

1986
NSFNET established with a backbone speed of 56 Kbps.

1990
ARPANET is retired with most university systems moved onto NSFNET.