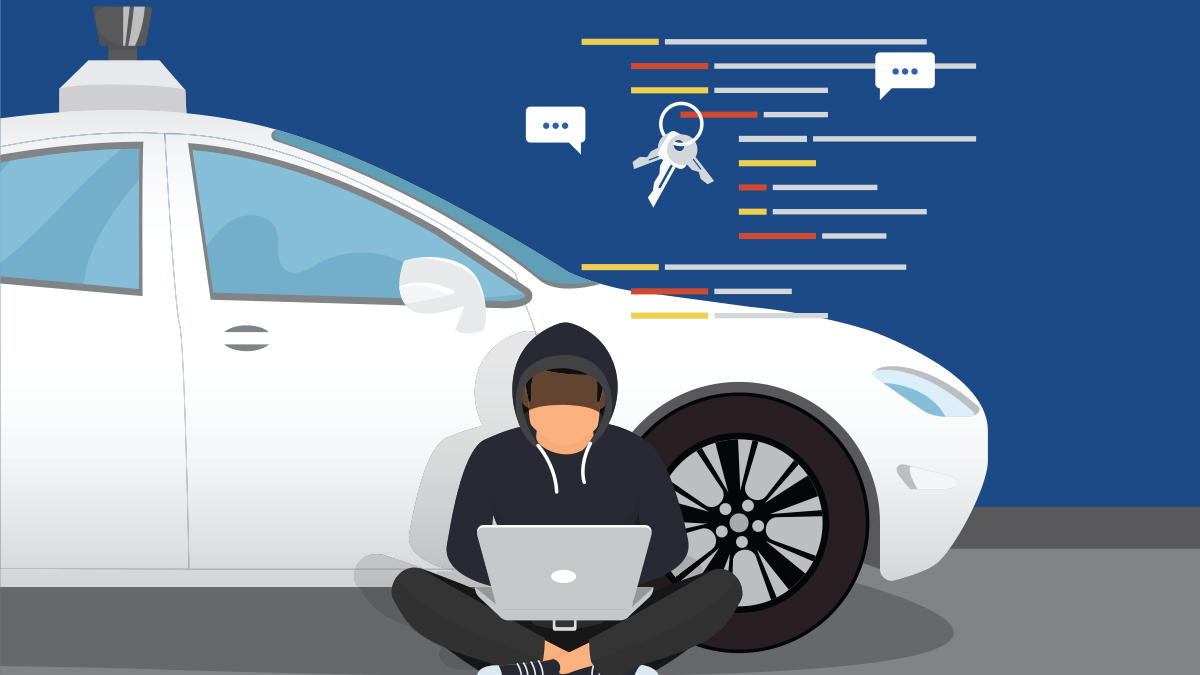 In a detailed report, security researcher Sam Curry laid out vulnerabilities that run the gamut from information theft to account takeover, remote code execution (RCE), and even hijacking physical commands such as starting and stopping the engines of cars. The findings are an alarming indication that in its haste to roll out digital and online features, the automotive industry is doing a sloppy job of securing its online ecosystem.

From web portals to car locks

Around six months ago, Curry and a few friends stumbled on a vulnerability in the mobile app of a scouter fleet at the University of Maryland, which caused the horns and headlights on all the scooters in the campus to turn on and stay on for 15 minutes. Curry subsequently became interested in doing further investigation along with researchers Neiko Rivera, Brett Buerhaus, Maik Robert, Ian Carroll, Justin Rhinehart, and Shubham Shah.

“We thought it'd be awesome to dump a ton of time into hacking different car companies to see how many ‘horns we could honk’, but it quickly turned into hacking telematics infrastructure and things outside of the telematics APIs,” Curry told The Daily Swig.

The researchers’ findings, detailed on Curry’s blog, highlight an alarming number of critical vulnerabilities across different systems. For example, a poorly configured API endpoint for generating one-time passwords for the web portals of BMW and Rolls Royce potentially enabled attackers to take over the accounts of any employee and contractor, thereby gaining access to sensitive customer and vehicle information.

A misconfiguration in the Mercedes-Benz single sign-on (SSO) system enabled the researchers to gain access to several internal company assets, including private GitHub repositories and internal communication tools. Attackers could pose as employees, allowing them to access sensitive information, send commands to customer vehicles, perform RCE attacks, and use social engineering to escalate their privileges across the Mercedes-Benz infrastructure.

Elsewhere a vulnerability in Kia’s web portal for dealers could have allowed attackers to create a fake session, register an account, associate it with any arbitrary vehicle VIN number, and gain access to lock, unlock, and remote start/stop mechanisms, as well as vehicle locations and vehicle camera feeds.

A poorly implemented SSO functionality in Ferrari’s web applications allowed the researchers to gain unrestricted access to the JavaScript code of several internal applications. The source code contained internal API keys and usage patterns, allowing potential attackers to create and modify users or (worse yet) give themselves super-user permissions. The vulnerabilities effectively allowed attackers to take ownership of Ferrari cars.

Other vulnerabilities granted full remote control over the locks, engine, horn, headlights, and trunk of Hyundai and Genesis vehicles made after 2012. The researchers were also able to obtain full remote access to Honda, Nissan, Infiniti, and Acura vehicles.

Curry and his colleagues found a SQL injection vulnerability in the admin portal of Spireon, the parent company of several car telematics and fleet management vendors that collectively service 15 million vehicles. Curry described this as their “most alarming finding” because the vulnerability allowed them to gain administrator access to the company’s platform.

“Using our access, we could access all user accounts, devices (vehicles), and fleets,” he said. “Some of the fleets on the website included ambulances, police cruisers, and large trucks. Using the Spireon access, we could send fully arbitrary commands and update device configurations.”

The researchers found they were able to lock starters, unlock vehicles, track vehicles, and send rogue dispatch addresses to vehicles like police cars and ambulances. The researchers further suspect the security shortcomings made it possible to install backdoors and run arbitrary commands on Spireon devices.

“There were some car companies where you'd own one, then copy the exact same methodology to another car company and get in with the same vulnerability,” Curry said.

The researchers found that some flaws existed across the platforms of several companies, including tons of exposed actuators (vehicle component control), debug endpoints, and administrative functionality for managing vehicles, purchase contracts, and telematic devices.

“From what it seems, car companies really rushed to install these devices,” Curry said. “Currently, these installations mostly have limited functionality so you can only do things like track, unlock, and start the vehicle, but with companies like Tesla and Rivian building more connected vehicles which can actually be controlled remotely, I'm worried that market pressure will force these companies to build half-baked solutions which are open to attack.”