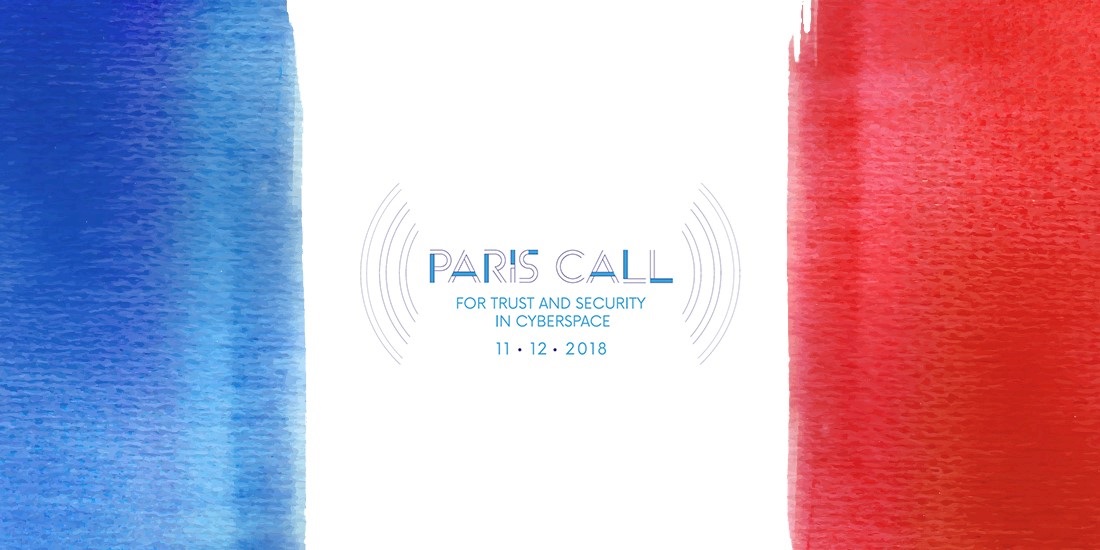 At the UNESCO Internet Governance Forum (IGF) on November 12, French President Emmanuel Macron launched the Paris Call for Trust and Security in Cyberspace – a high-level declaration on developing common principles for securing cyberspace.

The initiative seeks to establish a new set of norms designed to protect individuals online, including the prevention of malicious cyber activity and the promotion of “cyber hygiene”.

The Paris Call also aims to boost the accessibility and integrity of the internet; prevent interference in electoral processes; and clamp down on “online mercenary activities”.

“Cyberspace now plays a crucial role in every aspect of our lives, and it is the shared responsibility of a wide variety of actors, in their respective roles, to improve trust, security and stability in cyberspace,” the four-page declaration reads.

“We condemn malicious cyber activities in peacetime, notably the ones threatening or resulting in significant, indiscriminate, or systemic harm to individuals and critical infrastructure and welcome calls for their improved protection.”

Support from the security community

The Paris Call for Trust and Security in Cyberspace has already received the backing of 50 nations, as well as hundreds of public and private organizations, including many well-known technology and security firms.

“We support the values of the Paris Call where they are open, bottom-up, inclusive, and collaborative,” said Andrew Sullivan, president and CEO of the Internet Society.

Eugene Kaspersky, head of the eponymous Russian cybersecurity company and an early supporter of the manifesto, said it comes at time where the line between the digital and physical space is becoming increasingly blurred.

“For more than a decade I’ve been advocating an international convention that would guarantee that people’s rights are to be protected online,” he wrote in a letter to France’s Ministry of Foreign Affairs last week.

“We express our full support for this cause and are happy to join forces with other participants to build trust and security in cyberspace.”

The US, China, Russia, Israel, and Iran were all notable in their absence from the list of nation-state sponsors.

Although, as it stands, the Paris Call has no legal binding, President Macron said he hopes to foster the scheme and create a subgroup of countries and companies that can agree on the best route forward for securing the digital landscape.

“In order to follow up on the progress made to advance these issues in the appropriate existing fora and processes, we agree on reconvening at the Paris Peace Forum in 2019 and at the IGF in Berlin in 2019,” the declaration reads.

Brad Smith, the president of Microsoft, stressed the declaration’s symbolic importance during a speech in Paris on Monday.

For David Martinon, France’s digital affairs minister, the Paris Call for Trust and Security in Cyberspace will help all stakeholders pursue a number of goals which are “absolutely crucial” as we march towards an increasingly digital world.

“For a number of years now, the most striking phenomenon that we’ve been seeing in the digital world is that it’s become a space of combat, a space of conflict,” Martinon stated.

“If we want the internet to maintain its essence and to remain loyal to its initial promise of openness, freedom and universality, it is essential that we ensure stability in cyberspace.”