‘If you’re worried your iPhone is being hacked, you can switch to a Huawei’

The Bloomberg/Super Micro debacle is still going strong, as this week the computer chip manufacturer called out the news publication in a letter to its customers.

The Swig previously reported on the Bloomberg Businessweek article, which contained claims that Chinese spying chips were being implanted in Super Micro boards.

Super Micro supplies a number of big-name tech companies including Apple and Amazon who, together with the Chinese government, have strenuously denied the claims.

This week, California-based Super Micro released a letter which said the company is “confident” that the Bloomberg article was wrong. 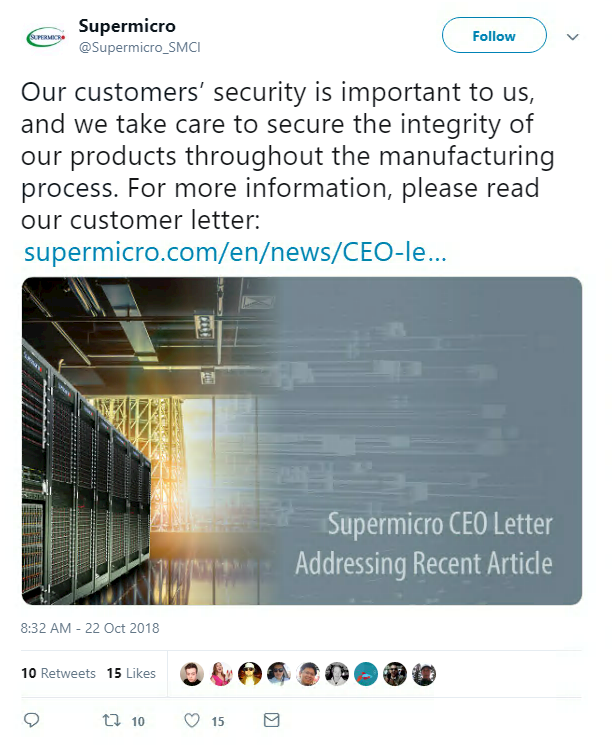 The infosec community is still puzzled as to what the true story is – Bloomberg continues to support its claims, while all of the vendors involved have trashed it.

Tim Cook, CEO of Apple, has even issued a statement calling on the US publication to retract its story. 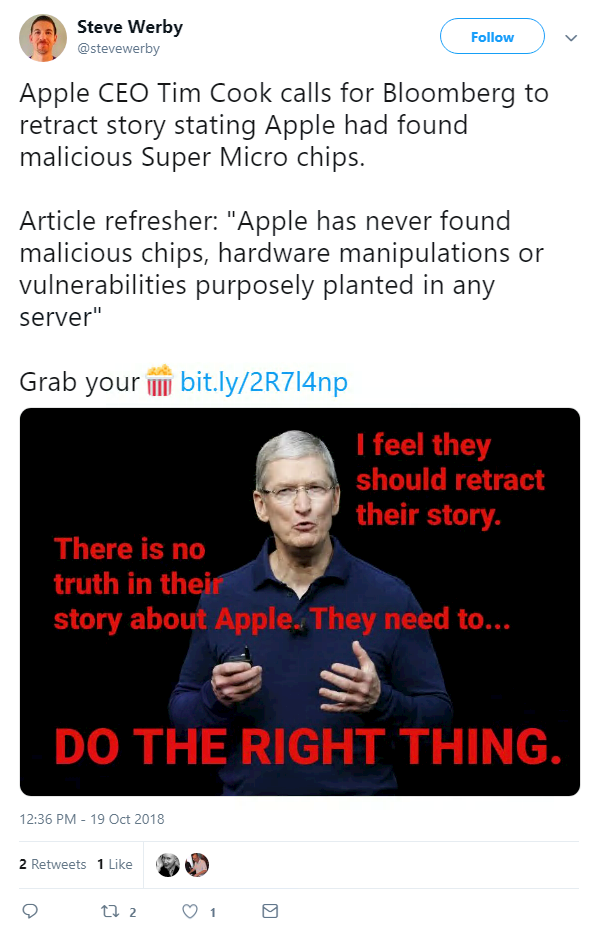 Whether the story will be proven to be true or false remains uncertain, but this is one fight that the tech giants don’t appear to be backing down from.

US President Donald Trump was back in the infosec news sphere this week after a New York Times article accused the premier of using insecure cell phones.

The story claimed that Trump has two government-issued phones, which are locked down for security purposes.

But he also allegedly has a third, insecure iPhone that he uses to call friends and store his contacts – it’s this phone that the NYT claims is being eavesdropped on by Russian and Chinese spies.

“Mr Trump’s aides have repeatedly warned him that his cellphone calls are not secure, and they have told him that Russian spies are routinely eavesdropping on the calls, as well,” the story reads.

“But aides say the voluble president, who has been pressured into using his secure White House landline more often these days, has still refused to give up his iPhones.”

Keyboard warrior Trump jumped straight onto his favorite platform, Twitter, to deny the story and said he has just one government phone which he “seldom” uses. 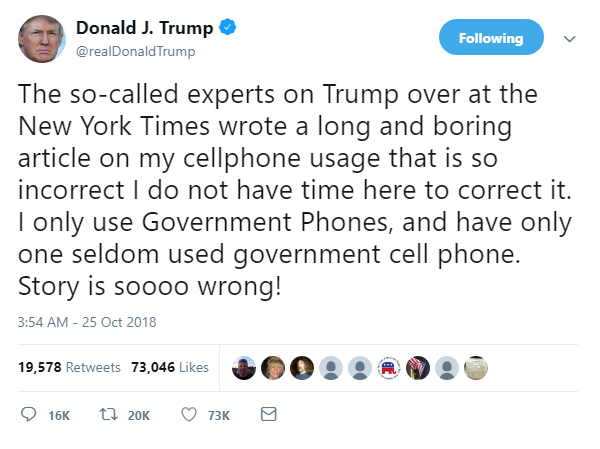 Hilariously, though, the tweet was sent from an iPhone.

The US government does issue iPhones, but as many have pointed out, these phones do not have the capability to download apps, for security reasons. So did he send it from this alleged third cell? 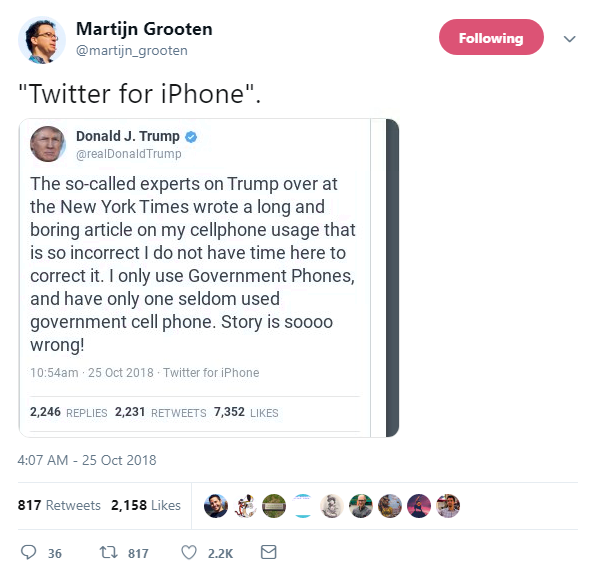 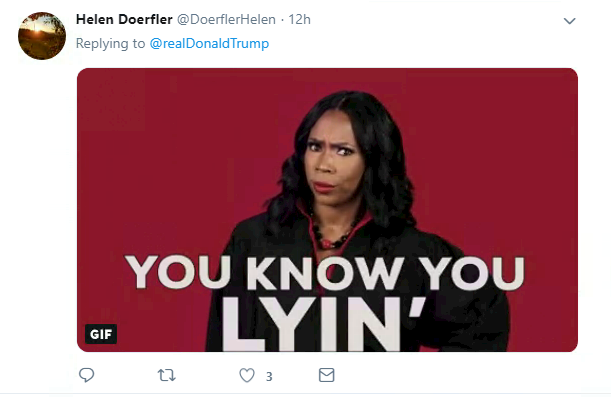 China’s foreign ministry spokeswoman Hya Chunying came back with a quick-witted response to the story – suggesting that if the US are worried about bugs on their phones, they should try using a Huawei. 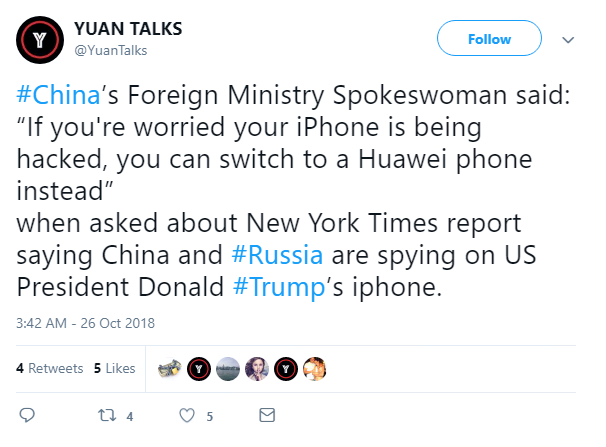 Joking aside, Trump’s alleged third iPhone could indeed pose a serious security risk to the US government and its citizens as a whole. 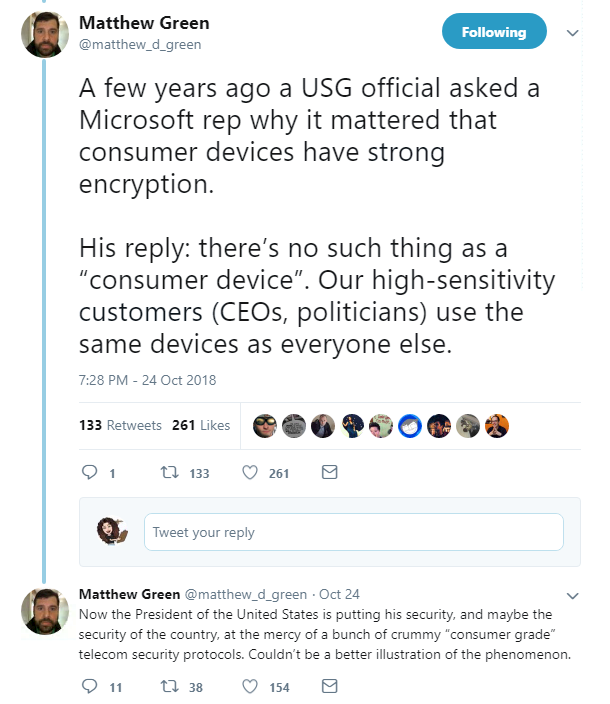 Linux founder Linus Torvalds made his return to head up the open source OS firm this week after taking a month’s break for “reflection”.

ICYMI, Torvalds was the subject of criticism across the coding community after allegations of bullying and rudeness from fellow developers.

A series of messages sent by Torvalds were littered with expletives and comments such as “Please just kill yourself now. The world would be a better place”, according to this report in The New Yorker.

Torvalds apologized for the tirades, and the company introduced changes to the code of conduct.

Not everyone was pleased with his return. 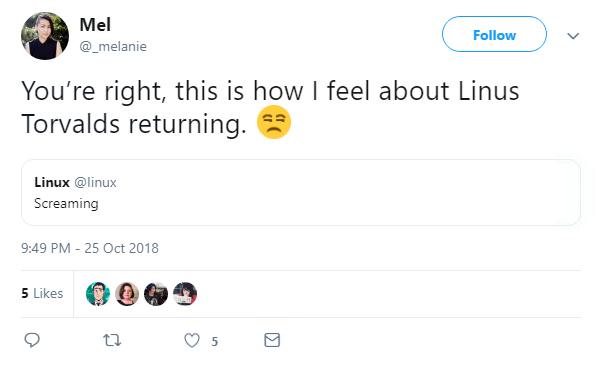 But some fans were happy to see Torvalds back at the helm in time for the release of Linux kernel 4.19. 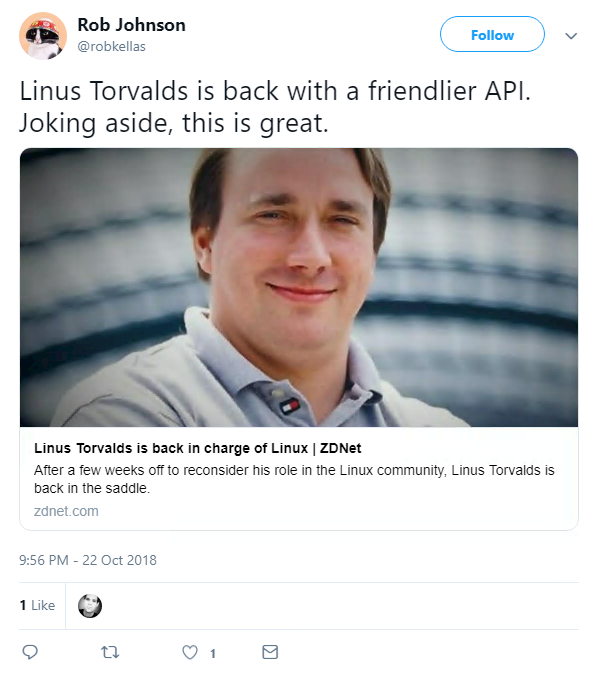 Finally, Mozilla this week announced it would match donations to the Tor Project in a bid to improve online security.

Last year, Mozilla helped the Tor Project by matching funds to raise $400,000, creating the opportunity for a redesign of Tor Browser and the creation of Tor Browser for Android.

Tor announced this week it had launched its Strength in Numbers campaign, which sees Mozilla match every dollar donated. 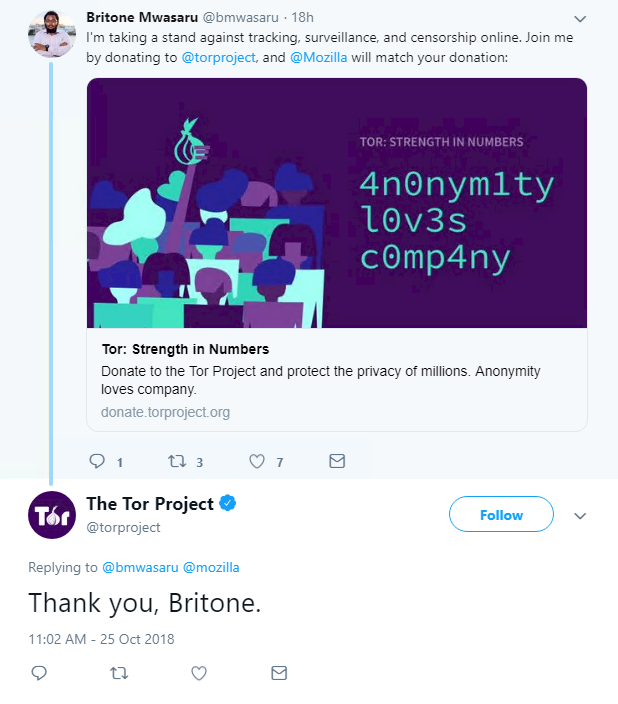 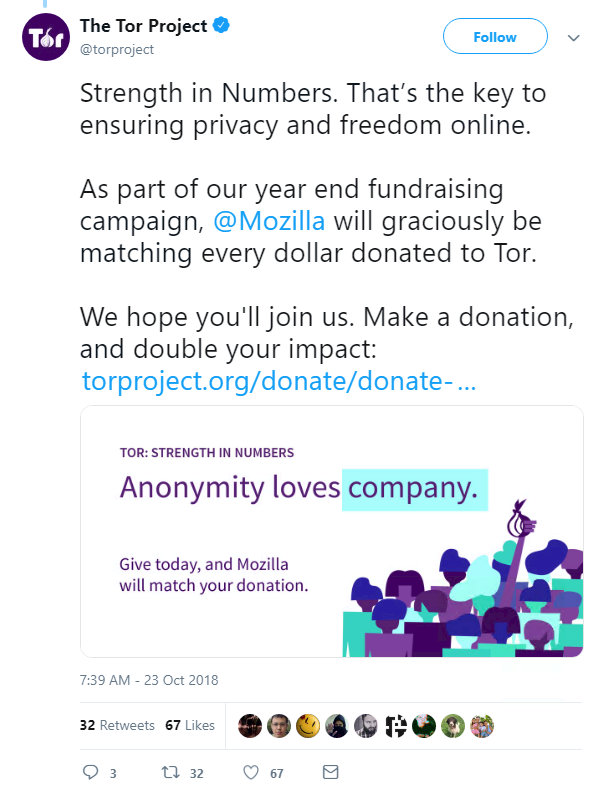