‘It is now two minutes to midnight’

Those hoping to start 2018 on a positive note will be disappointed to hear the Bulletin of the Atomic Scientists’ announcement that the iconic Doomsday Clock is now 30 seconds closer to midnight: 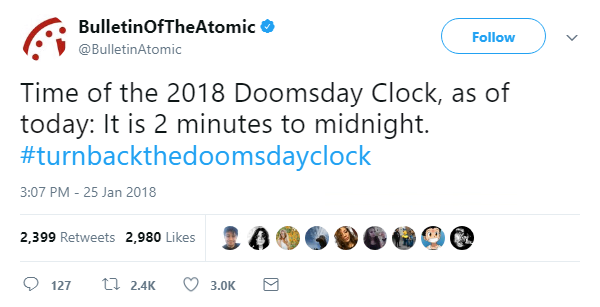 Citing the looming threats of climate change and nuclear war – the latter of which is being fueled by “the rise of nation state information technology and internet-based campaigns attacking infrastructure and free elections” – humanity is now closer to the symbolic point of annihilation since the height of the Cold War.

Rachel Bronson, director of the Bulletin of the Atomic Scientists, said: “Because of the extraordinary danger of the current moment, the Science and Security Board today moves the minute hand of the Doomsday Clock 30 seconds closer to catastrophe.

“It is now two minutes to midnight – the closest the clock has ever been to Doomsday, and as close as it was in 1953.”

But it can’t all be doom and gloom… can it? Across the pond, Ciaran Martin, head of the UK’s National Cyber Security Centre, has offered little hope for anyone in search of a silver lining, following the security chief’s admission that a crippling cyber-attack against the country is inevitable: 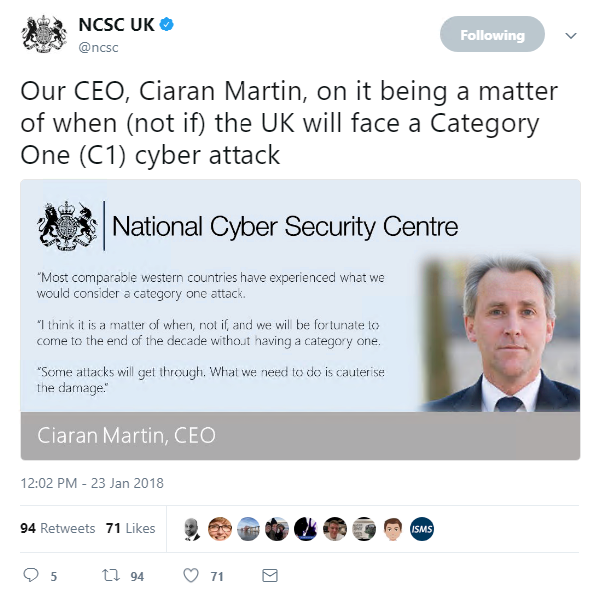 For now, at least, it seems the fight against cybercrime is set to continue. But rather than bury his head in the sand, self-described security geek Dallas Haselhorst took to Twitter this month to launch a crowdsourced infosec campaign that aims to scupper the efforts of PC support scammers: 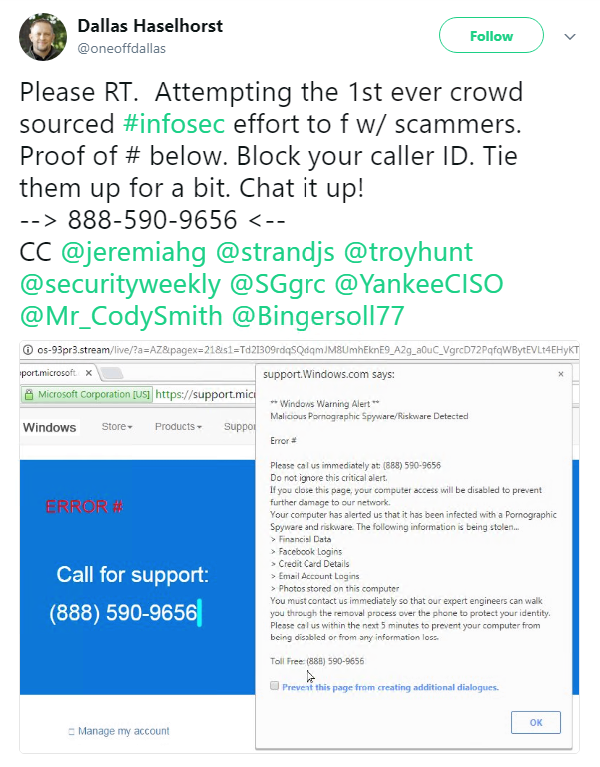 Trolling fake tech support teams is certainly not a new phenomenon – there are hundreds of videos on YouTube that show people doing just that. And although wasting the time of suspected scammers might well send a message to those operating in the underbelly of the internet, the best advice is for users to install an adblocker, and ignore any websites that urge you to disable it: 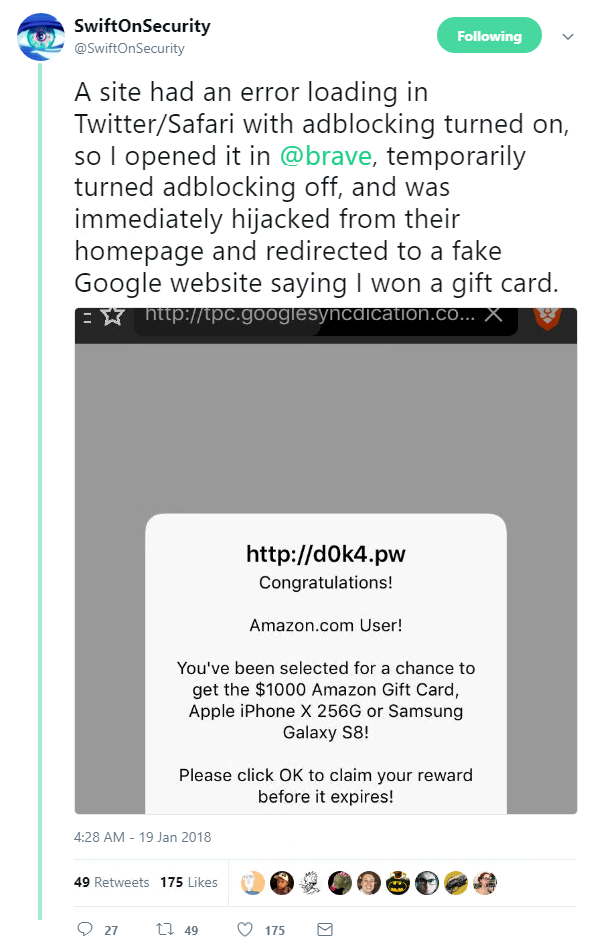 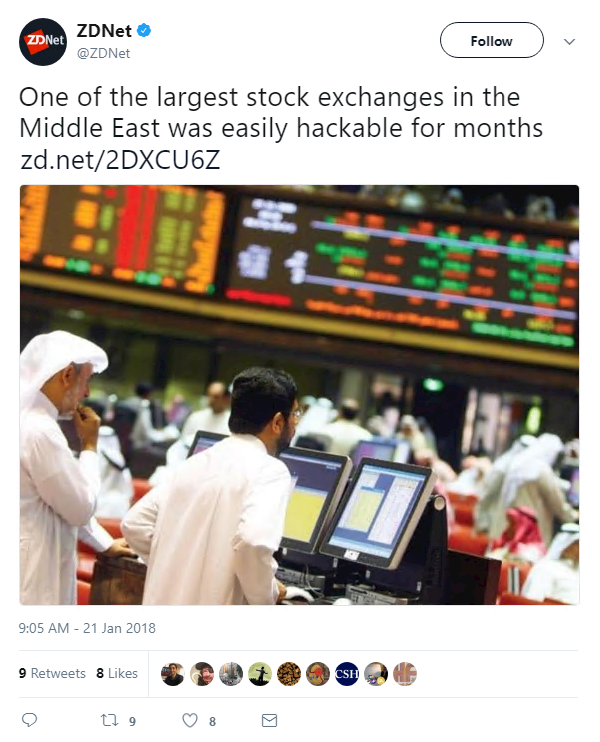 …while in Dubai, a group of thieves hacked the email address of a car import/export company and deceived an auto dealer to deliver four expensive vehicles to a foreign country: 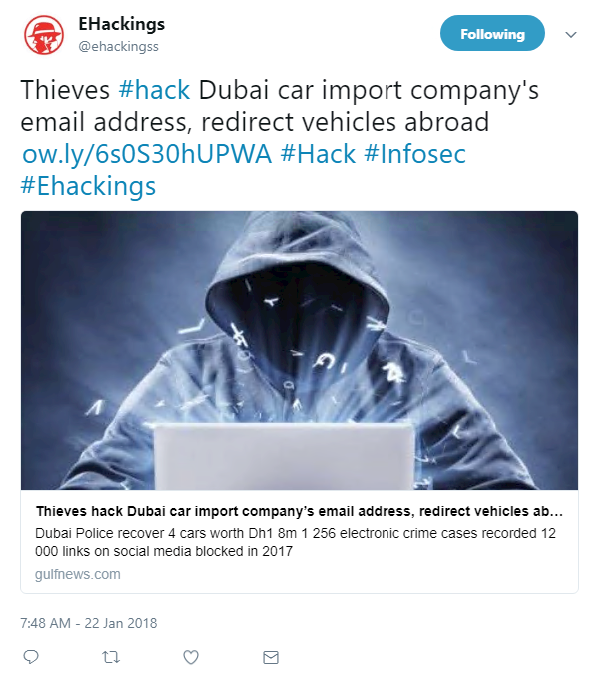 Finally, this week marked the 20-year anniversary of Netscape open-sourcing its source code: 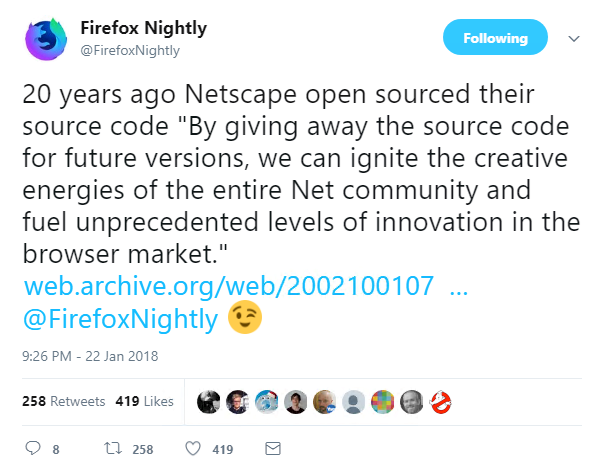 Open-sourcing is now a relatively common strategy, but this insightful documentary does a great job of explaining the significance of Netscape’s decision to ‘go public’ with its own code back in the 90s.