Chain of exploits could be triggered without any authentication 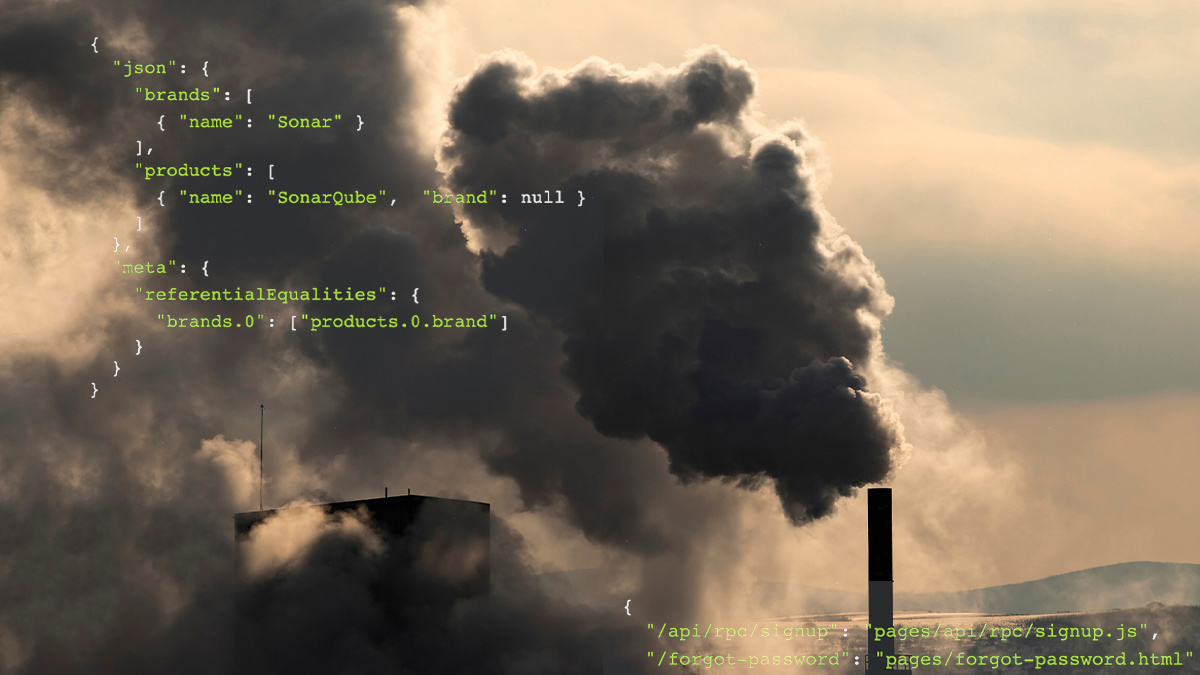 The new bug, discovered and reported by researchers at Sonar, allowed attackers to manipulate the code in the Blitz.js app to create a reverse shell and run arbitrary commands on the server.

“Blitz.js is an upcoming JS framework that gained traction on GitHub,” Paul Gerste, vulnerability researcher at Sonar, told The Daily Swig. “We selected it in order to help secure its code base and study real-world vulnerabilities.”

Blitz is built on top of Next.js, a React-based framework, and adds components to turn it into a full-stack web development platform.

One of the advertised features of Blitz.js is its ‘Zero-API’ layer, which allows the client to invoke server-side business logic through simple functions without the need to write API code.

Blitz.js makes an RPC call to the server in the background and returns the response to the client function call.

“Blitz.js adds an RPC layer on top of Next.js (among other features), and that layer uses superjson to deserialize data from incoming requests. The vulnerability is entirely inside of superjson,” Gerste said.

Gerste discovered a chain of exploits that could be triggered through the prototype pollution vulnerability and lead to RCE.

First, a polluted JSON request is sent to the server, which triggers the routing mechanism of Blitz.js to load a JavaScript file with the polluted prototype. This allows the attacker to use the malicious JavaScript object to execute arbitrary code.

Ideally, an attacker would create and run a file on the server. But Blitz.js does not support upload functionality. However, it has a CLI wrapper script that uses JavaScript’s spawn() function to launch a new process.

The attacker could use this function to launch a CLI process and run an arbitrary command on the server. 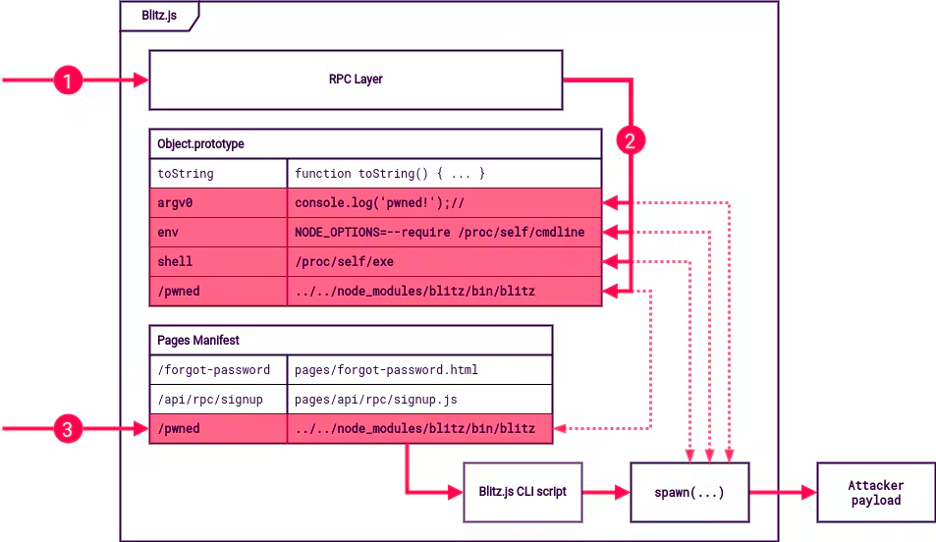 What makes this vulnerability especially dangerous is that it can be triggered without any authentication, which means any user who can access the Blitz.js application will be able to launch RCE attacks.

“This attack technique leverages a code pattern that isn’t a vulnerability in itself,” Gerste said. “Prototype pollution can influence the target application in a very invasive way, and it would require a lot of work to get rid of all code that could be influenced by prototype pollution.”

In his write-up of the bug, Gerste gives some general recommendations that can harden JavaScript apps against prototype pollution, including freezing Object.prototype or using the --disable-proto=delete flag in Node.js.