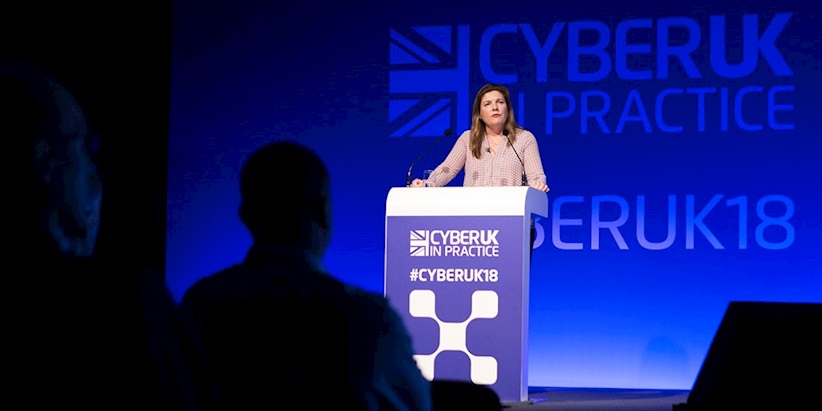 It’s no secret that diversity is one of the key challenges facing the global cybersecurity sector in 2018.

Just last year it was announced that of the 7,600 students in England who took A-Level computing, less than 10% were female.

As the UK government looks to redress the balance – not only in terms of encouraging more women into tech, but also those from different socio-economic and minority backgrounds, disabled individuals and the LGBT community – diversity was again pulled into focus at this year’s Cyber UK event in Manchester.

Speaking with The Daily Swig on the sidelines of the expo yesterday, Chris Ensor, the UK’s deputy director for cyber skills and growth, discussed how the government-led CyberFirst program is helping to encourage the next generation of technology specialists.

“CyberFirst started off as a bursary program, where students who had just completed their A-Levels would be awarded £4,000 a year to go to a university of their choice, largely doing a subject of their choice, and then we help them find a job further down the line.

“However, the challenge you have with the bursary scheme is that if you sit at the end of the education system, you tend to get white males. A couple of years ago, we decided we could either sit there or do something. And that’s where the program has developed.

“It’s still primarily a bursary scheme, but we also have a set of summer courses. Last year we ran 23 courses with 1,100 kids from all over the country, and we managed a 44% gender diversity balance.”

In addition to the summer courses, CyberFirst recently hosted its second girls’ competition that aims to encourage the next generation of female tech professionals.

“Last year the competition was open to 13-15-year-olds, but this year we decided to go for Year 8 [ages 12-13],” said Ensor. “The idea was that this is the point when students start to make choices around things like GCSE and A-Levels.

“This year we got 4,500 girls from 400 schools to take part. And it was great to hear that two of the girls from the winning school said they were now thinking about taking computing as a result. It was great to have that immediate feedback.”

Ensor added: “[We are] trying to use the NCSC and GCHQ branding and expertise to build UK capacity and capability right across the board – and largely for the future. What I’m doing is not necessarily going to fix today’s problem, but what I’m hoping is that we’ll start to see it deliver in two or three years’ time.”

‘We are in danger of group-think’

Ensor’s comments came after Nicola Hudson, director of communications for the NCSC, told delegates at this year’s Cyber UK that cultivating a diverse workforce is essential when it comes to delivering effective security.

“We need to bring together people from a range of disciplines and backgrounds to work together on this,” Hudson said during her keynote yesterday.

“We also need to bring to bear the widest pool of talent that we possibly can and that means we need a much more diverse workforce. As a public service organisation, we need to reflect the population that we’re serving.”

Hudson acknowledged that there is still a vast amount of work to be done in the field of diversity – among both public and private infosec enterprises – and said the NCSC is looking at its policies and processes and how it recruits and retains a diverse pool of talent.

“Without diversity we are in danger of group-think,” she stated. “As an organisation we are determined to look at diversity in its widest sense, not just talking about the lack of women, but socio-economic factors, regional and cultural differences, disability, BAME, and the LGBT community.”
Events NCSC