Security flaws could allow an attacker to receive free vehicle charges, or lock up the charging station completely 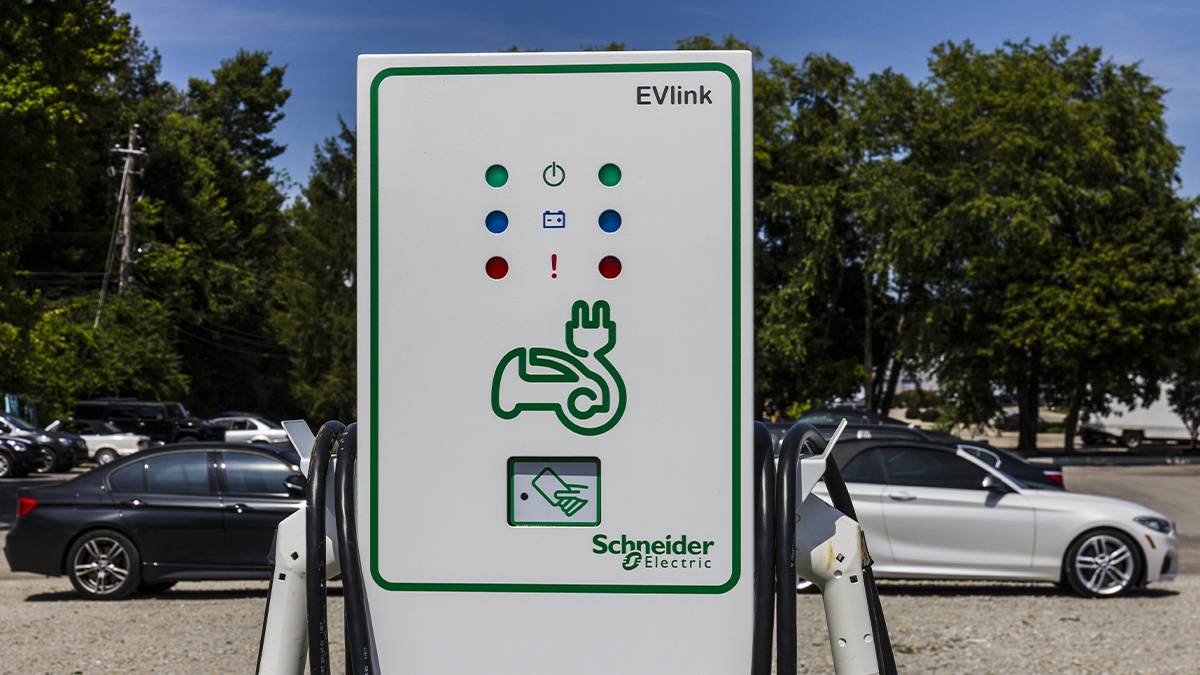 Schneider Electric has patched security vulnerabilities in its EVlink range of electric vehicle charging stations that could lead to denial-of-service (DoS) attacks.

The energy management and automation giant addressed 13 flaws in total, including three critical vulnerabilities plus eight designated as ‘high’ severity and two as ‘medium’.

The vulnerabilities can be exploited remotely if stations are exposed directly to the internet – a configuration Schneider Electric cautions against.

However, SEC Consult security researcher Stefan Viehböck, who was involved in finding two of the vulnerabilities, told The Daily Swig that “some affected chargers [are] directly accessible from the internet based on Shodan/Censys searches”.

Even within a “properly segmented internal network”, he added, they could be vulnerable to phishing and other attacks “for the initial compromise and then on lateral movement etc to get access to the charging station network.

“Commercial charging infrastructure typically consists of hundreds of chargers, so if an attacker manages to get network access to them, they can take over all of them.”

The trio of critical flaws – all assigned a CVSS score of 9.4 – can all enable attackers to gain administrative privileges via the charging station web server.

They include a bypass of the authentication mechanism in the EVlink admin web interface with undocumented and hard-coded HTTP cookie values (CVE-2021-22707), another hard-coded credential issue (CVE-2021-22730), and a hard-coded password flaw (CVE-2021-22729).

One of the ‘high’ severity flaws, found in the verification of a cryptographic signature (CVSS 7.2) and potentially leading to remote code execution (RCE), may have been inadvertently created by remediation of a previous code injection bug in 2018, according to SEC Consult.

The upshot, he says, could be the manipulation of charging records or settings to overcharge or undercharge vehicles, the theft and misuse of charging credentials, service disruption to charging networks, and the ‘bricking’ (locking up the electronics) of cars during charging.

Attackers could even “find creative ways to impact the electrical grid”, warns Viehböck.

Schneider Electric declined to comment further in response to queries from The Daily Swig.