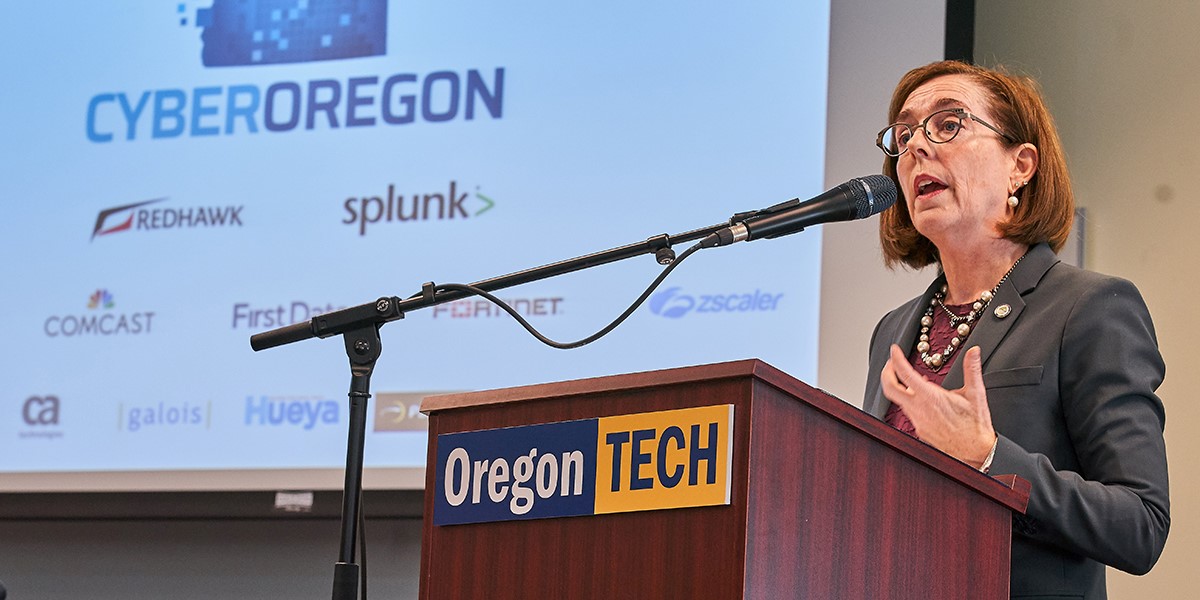 At an event held at the Oregon Tech Portland-Metro campus yesterday, Oregon Governor Kate Brown officially launched a new initiative aimed at unifying the state’s infosec community and helping protect the digital lives of all Oregonians.

Powered by dozens of public and private enterprises, the statewide Cyber Oregon initiative has been created following the passing of Senate Bill 90, which was signed by Governor Brown in September and calls for the development of a shared vision to improving cybersecurity across the Beaver State.

The newly-formed Oregon Cybersecurity Advisory Council (OCAC), in partnership with the Technology Association of Oregon (TAO), is spearheading the campaign to develop and increase awareness of cybersecurity programs, education, and resources throughout the state.

“The Cyber Oregon initiative is vitally important to Oregon,” said TAO CEO Skip Newberry during yesterday’s event. “Cybercrime is far more pervasive than most people realize. The recent massive data breach at Equifax where 143 million records were stolen is only the tip of the iceberg.”

He added: “In Oregon, 165 companies have reported data breaches since the Oregon Consumer Identity Theft Protect Act went into effect on January 1, 2016.”

In addition to ushering a new chapter in statewide collaboration against cybercrime, the new Cyber Oregon website has been launched as a one-stop resource for Oregonians, including cybersecurity news, threat alerts, event announcements, and educational information.

Underlining the importance of the initiative, Alex Pettit, CIO of the State of Oregon, said: “We are taking an important step forward toward improving cybersecurity across Oregon while also casting light on the great work already taking place across Oregon companies, educational institutions and other organizations.”