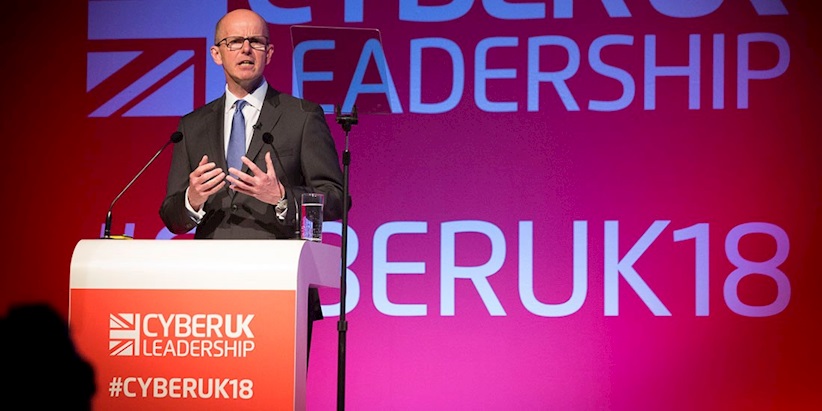 This was the one of the main takeaways from GCHQ director Jeremy Fleming today, as he spoke for the first time since taking up the role.

In a speech delivered at the NCSC CyberUK conference, Fleming outlined the intelligence agency’s commitment to defeating cyber terrorism, and lent his support to the government’s plan to tackle the dark web.

It was the first time details of the cyber offensive against the terrorist group has been addressed in public, and the news hit headlines within the mainstream press globally as a result.

And while he didn’t go into specifics, Fleming hinted at targeting ISIS with denial-of-service (DoS) attacks in order to destroy infrastructure critical to the organization’s activity.

Fleming said: “Much of this is too sensitive to talk about, but I can tell you that GCHQ, in partnership with the Ministry of Defence, has conducted a major offensive cyber campaign against Daesh.

“These operations have made a significant contribution to coalition efforts to suppress Daesh propaganda, hindered their ability to coordinate attacks, and protected coalition forces on the battlefield.

“But cyber is only one part of the wider international response,” he added.

“This is the first time the UK has systematically and persistently degraded an adversary’s online efforts as part of a wider military campaign.

“The outcomes of these operations are wide ranging. We may look to deny service, disrupt a specific online activity, deter an individual or a group, or perhaps even destroy equipment and networks.”

He also reiterated Amber Rudd’s comments from yesterday, when she voiced her plan to stop the dark web from being a place “where anonymity emboldens people to break the law in the most horrifying way”.

Fleming said: “They’re all exploiting developments that, in many cases, have been designed to make data and users safer.

“Whether it’s tools that anonymise use… obscure locations… or even popular platforms offering end-to-end encryption… their hijacking by criminals is something that we work hard to combat.

“And encryption is of course a vital cornerstone of the internet. However, it is clear that our adversaries take advantage of these positive features to pursue their damaging and criminal ends.”

He added: “Paedophiles and sex offenders are using all corners of the open and dark web to stream abuse, share images or boast on message boards.

“And yesterday you heard the Home Secretary set out the next stage of the Government’s campaign against cyber crime, including of this most pernicious sort. We look forward to supporting that endeavour and working with our partners to deliver it.”

Fleming’s speech opened the third and final day of this year’s CyberUK conference, during which the head of NHS digital warned of an impending attack worse than WannaCry.