Last December, the non-profit Freedom of the Press Foundation announced the launch of Haven – a new Android app that enables users to monitor their possessions when they are out of sight.

Spearheaded by NSA whistleblower and Freedom of the Press Foundation board president, Edward Snowden, Haven is pegged as a “personal security system” that enables individuals to use a cheap second phone running free, open source software to monitor their possessions and physical spaces when they are away from them.

Haven detects environmental changes using the sensors in a typical smartphone – the camera, microphone, gyroscope, accelerometer, ambient light, and USB power – to send alerts if anyone enters your space, such as a hotel room, or attempts to tamper with your devices while you aren’t there.

The Haven app can then send end-to-end encrypted alerts to a user’s primary phone via Signal, and they can also monitor activity remotely through a Tor hidden service.

Developed by the Freedom of the Press Foundation and Guardian Project, the app is being promoted as a means of helping journalists and human rights defenders to ensure their privacy when operating in hostile environments.

However, as time draws closer to the next major version release, it seems that Haven is enjoying some real-world applications that extend far beyond its intended use – from watching over server rooms in office blocks to protecting durian fruit in the jungles of Asia.

The Daily Swig caught up with Nathan Freitas, director of the Guardian Project, who discussed the app’s ongoing development, the importance of community feedback, and the raft of new features currently in the pipeline for Haven.

It’s now been just over six months since Haven was launched. How would you summarise the app’s development during the first half of 2018?

Nathan Freitas: There was obviously a great deal of interest in the concept when the app launched, and that fact that, even in the early beta, it basically worked.

There have been nearly 500,000 installs, and about 100,000 active users. Most of these are through Google Play, but we also distribute the app through the F-Droid open app store, and our own site as a direct APK install.

We also received positive feedback and interest from new developers and designers in the open source project. This was the primary goal of the beta launch: to create momentum that expands the quality and capabilities of Haven.

In April, we reached our first release candidate, with 0.1.0 RC 1, after 10 beta releases, and now we are working on the 0.2 release, and in the alpha phase, with some significant updates on performance and reliability.

We also received a great contribution from an excellent UX designer, that is pushing us in this next release, to dramatically improve the usability.

What feedback have your received from users? What issues are being addressed as you move towards the next release?

NF: People were excited a free, open source, trustworthy app had been made available that actually works. They were also happy with the polish of the app – even as a beta release.

The app was demoed live while I was interviewed on TWiT’s Screen Savers show, which was nerve-wracking of course, but great.

One unexpected area of positive feedback was that the app could be used without any internet connection, and alerts could be sent over SMS. This meant it was very useful for people in remote areas, or where internet was censored or severely monitored.

We have had users in Colombia and Cuba find the app and say it has been very useful for them, since other IP or cloud-based cameras are just not an option for them.

Our biggest challenge remains ensuring that the user can set up and tune the sensors in a way that reduces the number of false positives alerts. We are looking into some on-device machine learning, as one way to be able to say, tell the difference between a siren noise and a person talking. 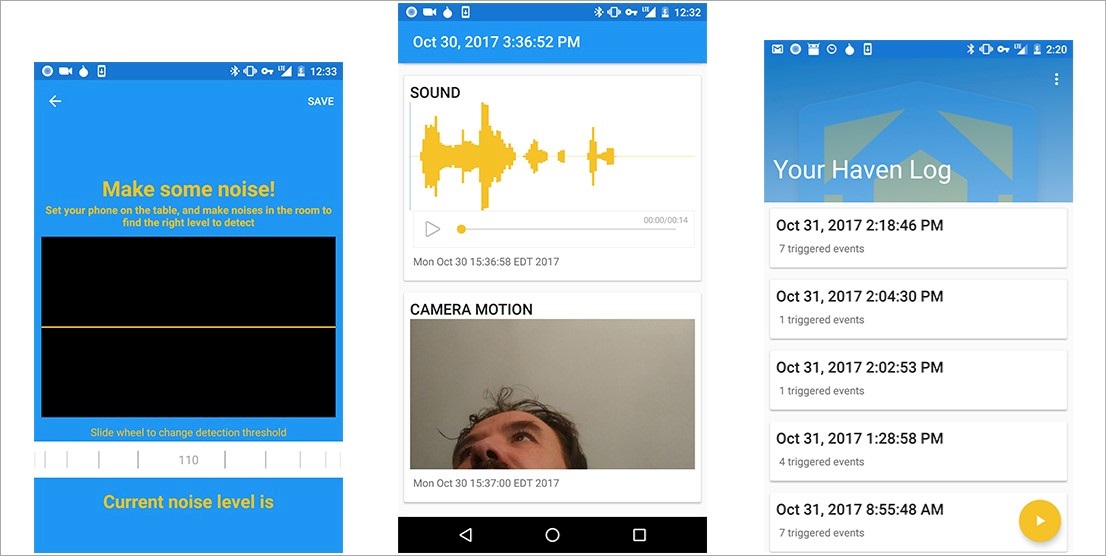 What new features are on the horizon for Haven?

NF: We have some big jumps in functionality planned, along with integrated Tor support, improved Signal setup, and local machine learning.

The multi-Haven syncing is an area I am most excited about. We will achieve this by integrating Tor directly into Haven, simplifying the creation of .onion addresses for each Haven endpoint.

Through these, we can use JSON feed data to synchronize Haven event data in real-time between multiple devices. This means a user can run Haven on their primary phone, and sync data from an unlimited number of Haven monitoring devices deployed anywhere around the world.

We also recently added video capture support (and Signal video sending), but it is a bit unstable on many devices.

In your original release, you stated that Haven has been designed for “investigative journalists, human rights defenders, and people at risk of forced disappearance”. Have you come across any instances of people outside of these categories making use of the app?

NF: One interesting area is people using Haven to protect servers. People already place small cameras to monitor unexpected physical access to servers in racks or in offices, but Haven really allows for both more kinds of sensing and more security in that setup.

We are excited for this use case, the ‘off-site assets’ model, and think it could provide a channel for more diverse growth of our userbase.

We also had one group who wanted to mount cameras in the jungles of Asia, to monitor when ripe durian fruit falls from trees. This is apparently a real thing that people are concerned about, since each fruit can be quite expensive, and there are connoisseurs.

This use case is similar to the Rainforest Connection project, which uses phones to monitor for illegal logging and poaching. 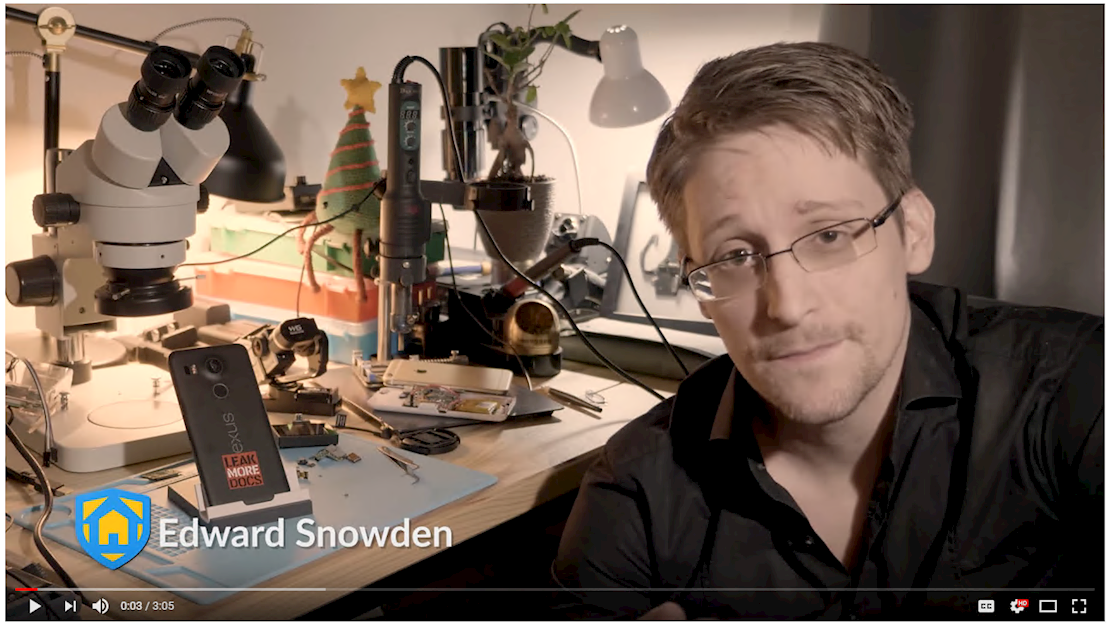 Do you have any plans to roll out Haven on iOS?

NF: Android is really the only platform where it is possible – at least as an app running in the background, on a device that has the screen locked.

Android is also powering more and more ‘things’ devices, so our hope was that the open source Haven codebase could be made to run on a wide variety of form factors and device types in the future, perhaps even adopted by commercial hardware manufacturers.

From a practical user perspective, we wanted people to be able to run Haven on very inexpensive ‘burner’ type devices, and for that, $50 Android phones really fit the bill.

Haven may be possible on an iOS device, but the app would have to be left running in the foreground, with the screen on, which isn’t ideal.

How important was it for you to develop Haven as an open source project?

NF: All of our work is freely licensed and open source, in order to ensure our work on privacy and security features is transparent and sustainable.

Our goal with Haven is both to build a working, usable app for end users, and to also change the perspective on how sensors and monitoring can be utilized in a positive, protecting way.

We are happy that a half million people have tried and benefited from our app over the last seven months, but we want 10 or a hundred times the impact, across many apps and systems.

This is really a project under heavy development, but at some point, perhaps within this year, we’ll move to version 1.0.