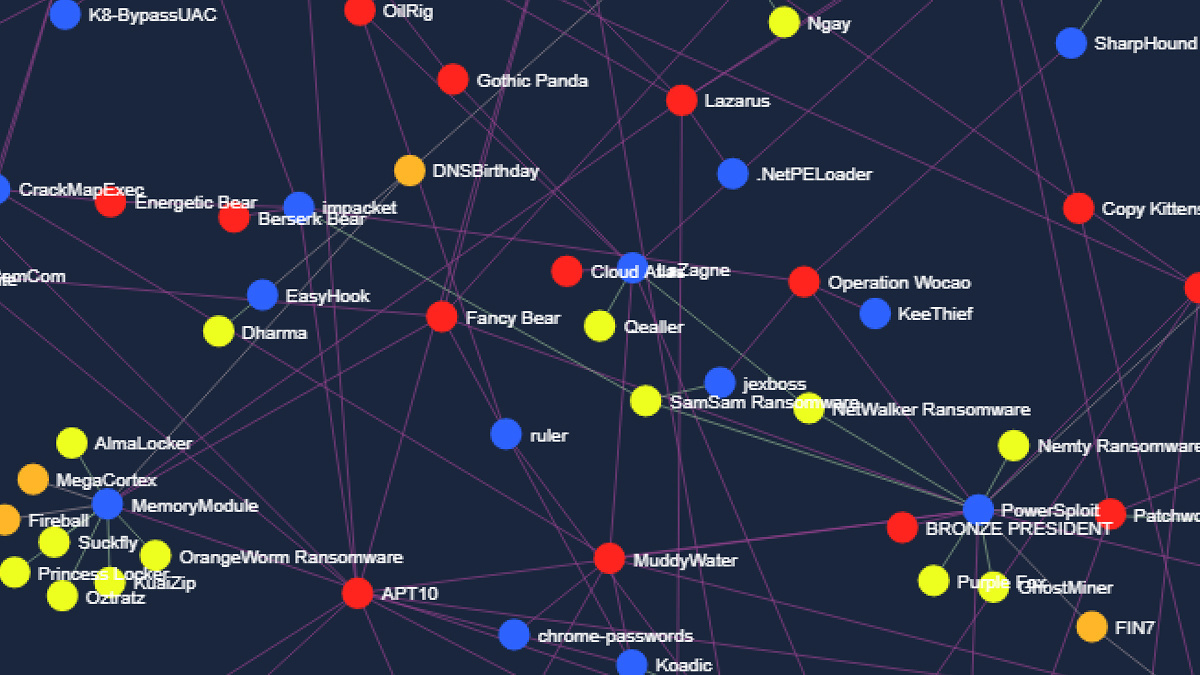 The research, presented by Paul Litvak of Israeli start-up Intezer at the VB2020 localhost conference last week, informs the long-running debate on whether the development and publication of offensive security tools is beneficial or harmful to security as a whole.

These tools are also said to have both instructional and educational value, particularly to new starters in the industry.

Up to now, little research has been presented to support either argument, and this has only served to inflame disputes on the topic that occasionally flare up on Twitter.

"It's a hard question really, and I don't think we still have the full picture (hard data for the benefits of OST projects)," Litvak told The Daily Swig. "We can see that some classes of OSTs like C2 frameworks and RATs are more commonly used than other tools, and pack a bigger punch since these kinds of tools pack all the features you need for your next intrusion, so I have my doubts regarding how beneficial these kinds of tools are."

Ingredients in the witches’ brew of malware

Adversaries with all types of sophistication levels use offensive security tools, from ransomware groups to top government agencies.

Intezer examined the effect of libraries that provide offensive security capabilities, or strips of code taken from larger framework-style tools (such as Mimikatz and Metasploit), that are incorporated into malware.

Overall, 80 projects were checked for code reuse against a database of thousands of labeled threat actor samples from multiple vendor reports from the last few years. A total of 29 additional script-based tools were added using existing vendor reports.

The researchers developed templates or fingerprints based on elements of these tools and scripts before searching for matching patterns across a database of millions of malware samples.

The work shed light of elements of threat actor tradecraft such as the favored use of code injection, privilege escalation, and lateral movement technique implementation projects by some groups.

The project is open source and can be updated by anyone (via GitHub), but "we're considering a more friendly format, so it'll be easier to edit and more inviting", according to Litvak.

The most popular memory injection tool was the ReflectiveDllInjection library, followed by the MemoryModule library. For RATs, Empire, Powersploit, and Quasar were the leading projects.

Attackers varied widely in their level of sophistication, with Litvak categorizing them into three groups.

Lurking at the bottom were threat groups who simply copy and pasted code with little understanding of how it worked. Such lazy coders routinely forget to remove incriminating strings or artifacts.

More sophisticated miscreants, mainly made up from cybercriminals, plagiarized open source tools. Such groups have an understanding of tools and their protocols and are capable of applying customizations and of integrating open source components into their existing toolsets.

The third tier was made up of groups that integrated tools within their own toolsets or made subtle use of frameworks.

Litvak told The Daily Swig that the most sophisticated abuse of OSTs is associated with, but not restricted to, state-sponsored attackers.

"A government affiliated group can pour many more resources to their operation than a crimeware group," Litvak said. "This is actually a big motivator for crimeware groups to use OSTs since they have to use their resources more efficiently (outsource tools to public OSTs rather than build it themselves)."

For example, the so-called ‘Turla’ group has made use of Metasploit as an initial infection vector for the last two years. Litvak explained:

This allows them some anonymity because if the infection somehow fails… then they just pull out and all that’s left are the artifacts of Metasploit. But it is a generic tool [and] everybody can use it – so it really hurts attribution and allows Turla to exit the operation without letting the defenders know what hit them.

The research points to how it might be possible to turn their use of open source tools against threat actors.

Litvak explained: "In my presentation, I presented a technique to create YARA signatures for OST code, which is hard to obfuscate unlike strings. This would mean we'll be using their usage of OSTs to detect their malware."

Intezer told The Daily Swig that the company has been able to identify a number of malware campaigns based on its mapping project.

For example, back in June it found many almost undetected samples of Lazarus tools by looking for MemoryModule memory injection library users.