The top 10 best hacking documentaries of all time 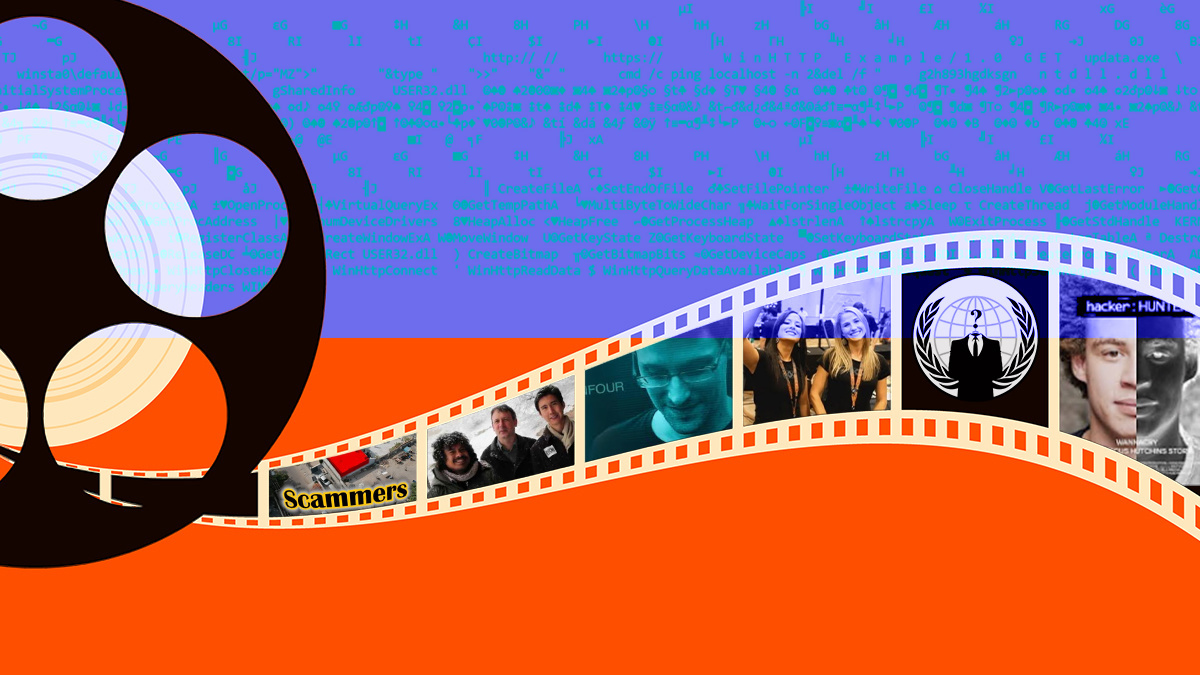 The Daily Swig’s rundown of the best hacking movies of all time, published last December, has enjoyed a second lease of life as many around the world have been confined at home during the coronavirus pandemic.

After achieving a breakthrough success during lockdown, we couldn’t just leave it there. So now, in the finest traditions of Hollywood, we’ve put together a cash-in sequel – this time focused on celebrating the best documentaries about hacking ever made.

The hacking documentary subgenre is slimmer than its fictional counterpart, but we were still able to come up with a varied shortlist of 10 gems.

After whittling down this list to four stand out features, we put the selection of podium places to a recent online poll.

The results are in.

And so, without further ado, we present the (unofficial) top 10 best hacking documentaries of all time:

Documentary focusing on UK and US hackers, featuring interviews where they discuss their varied motivations and exploits.

Hacking is the “best game in the world. It’s better than sex,” according to one young hacker. Coldfire, who (for privacy reasons) meets film makers in a Manchester launderette, admits his interest is an obsession – if not an addiction.

Film focusing on hacktivists and their battles with the US government. The main characters in The Hacker Wars are notorious troll Andrew ‘Weev’ Auernheimer, Barrett Brown, Jeremy Hammond, and LulzSec’s Hector ‘Sabu’ Monsegur.

Auernheimer was controversially convicted and jailed for exposing a flaw in AT&T’s security that exposed the email addresses of thousands of iPad users. His 2012 conviction for identity fraud and computer hacking offences was eventually quashed.

Brown was affiliated with the hacktivist collective Anonymous, effectively acting as an unofficial spokesperson for the hacker collective. He was prosecuted for offences associated with the 2012 Stratfor email leak.

Hammond was convicted of hacking the private intelligence firm Stratfor before releasing the data through WikiLeaks.

A biographical documentary retelling the tragic story of Aaron Swartz, a programmer and internet activist.

The Reddit co-founder was the target of a controversial cybercrime prosecution related to the downloading of academic journal articles from JSTOR through MIT’s network in 2010. Swartz’s actions were motivated by the belief that academic research should not live behind a paywall.

Faced with the prospect of going to prison, Swartz committed suicide.

The footage shot by Browning made it into an edition of the BBC TV’s Panorama, a British flagship current affairs program.

A polished look at the inner workings and beliefs of the hacking group Anonymous by filmmaker Brian Knappenberger.

We Are Legion covers various operations carried out by the hacktivist collective in furtherance of its agenda including attacks on the Church of Scientology and later DDoS attacks against payment providers that withdrew service from WikiLeaks.

Technologists and policymakers talk about the implications of Stuxnet, the malware infamously used to sabotage Iranian nuclear enrichment centrifuges.

Stuxnet ushered in a new area where cyberspace became a domain on warfare and industrial control systems were placed on the front line of potential attack.

Zero Days takes a deep dive into this fascinating tale.

Available to watch on Amazon Prime.

Marcus Hutchins went from obscurity to overnight fame in May 2017 after accidentally discovering a kill switch that stopped the spread of WannaCry, hours after the ransomware affected thousands of systems across the world.

Three months later, after a week partying at DEFCON, he was arrested by the FBI over historic involvement in a banking trojan. This is his story.

The critically-acclaimed Citizenfour is the inside story of how former NSA contractor turned whistle-blower Edward Snowden exposed the extent of wholesale surveillance by the US government against its own population.

Laura Poitras’s documentary unfolds like a set up to a thriller while offering a day-by-day fly on the wall documentary about Snowden as he talks to the media in the run up to the publication of his explosive revelations.

Available to watch on Amazon Prime.

A behind-the-scenes look at the world’s largest hacking conference as it was approaching its 20th edition.

Drink all the beer. Pwn all the things.

Curiously, the top-rated hacking documentary of all time is not even about hacking technology of any type, but instead focused on how social media data is being weaponized for political gain.

The Great Hack is a Netflix-distributed film focuses on the Facebook-Cambridge Analytica data scandal and accusations of underhand tactics during the 2016 US presidential election and the Brexit vote.

Available to watch on Netflix.

Did your favorite “hack-sploitation” documentary fail to make the list, or do you disagree with our ranking of your own top pick? Let us know which hacking documentaries you think are the best on Twitter: @DailySwig.

READ MORE The top 10 best hacking films of all time