A portmanteau of ‘SMS’ and ‘phishing’, this rather clunky term describes a cyber-telecoms scam many of us have encountered 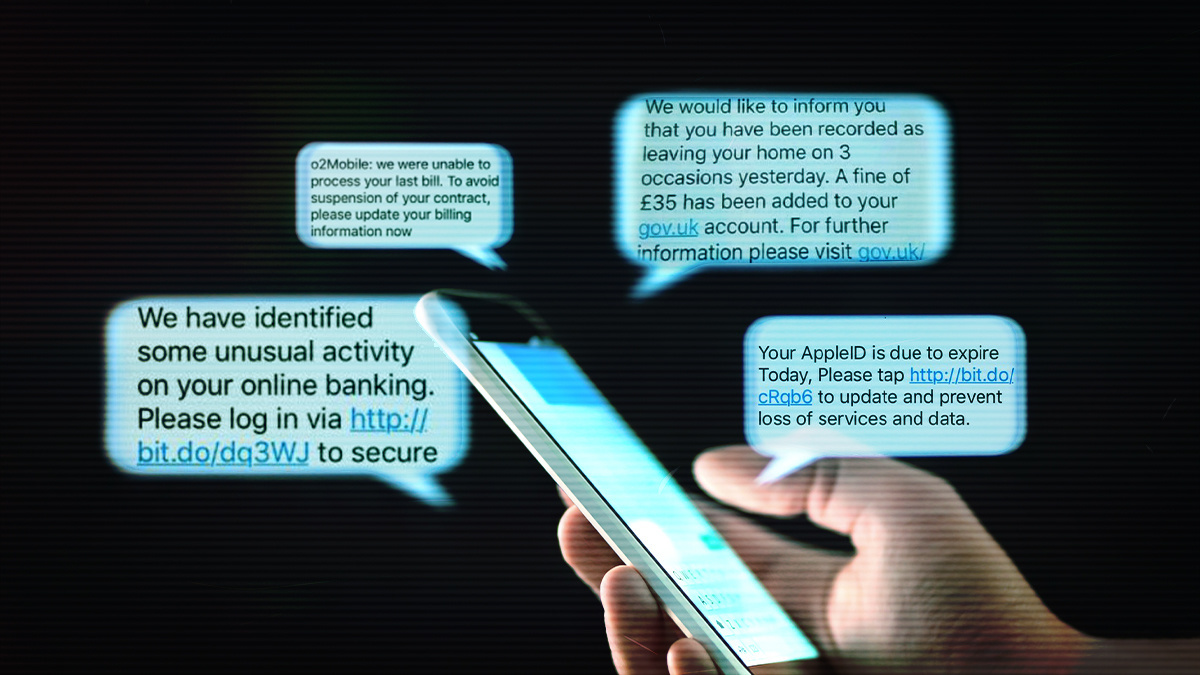 Ask 100 random strangers if they know what ‘smishing’ is, and few would know what you’re talking about.

However, once the term is explained, many would realize they have direct experience of this social engineering phenomenon.

Smishing is a form of phishing in which cybercriminals send SMS messages from purportedly trusted sources to dupe victims into clicking a malicious link or giving them personal data.

Those who fall prey to smishing – or ‘SMS phishing’ – attacks can have their identities stolen, bank accounts emptied, or end up with malware installed on their phone.

How popular are smishing attacks?

Banks and anti-fraud agencies around the world warn that fraudulent text messages are becoming more numerous and sophisticated.

The number of smishing attacks reported to infosec firm Proofpoint’s spam text service soared by nearly 700% in the first six months of 2021.

Fueled by the online shopping boom during the Covid-19 pandemic, parcel delivery-related SMS were three times as common as banking scams.

UK consumer magazine Which?, meanwhile, said it received more than 9,000 reports of scams via text or phone between March and September 2021.

The Verizon Mobile Security Index 2020 has hinted at a growing problem, reporting that 85% of attacks on mobile devices are not directed via email.

There has invariably been a spike in social engineering scams during serious emergencies such as natural disasters and, as in 2020, pandemics.

These are designed to exploit the public’s fears and anxieties, making their victims an easier target.

In February 2020, for instance, the South Korean government issued an alert about fraudulent messages offering free masks, and in March came warnings in the US of fraudulent shipping alerts directing victims to update delivery preferences and provide credit card details.

Why is smishing a popular attack method?

Most adults – and a growing number of children – carry a smartphone at all times. Research shows that the average SMS open rate is 98%, compared to just 20% for emails.

Cybercrooks can readily automate the sending of SMS messages to thousands or even millions of phone number combinations.

In contrast to emails, there is apparently no viable way for users to block or flag suspicious SMS messages. 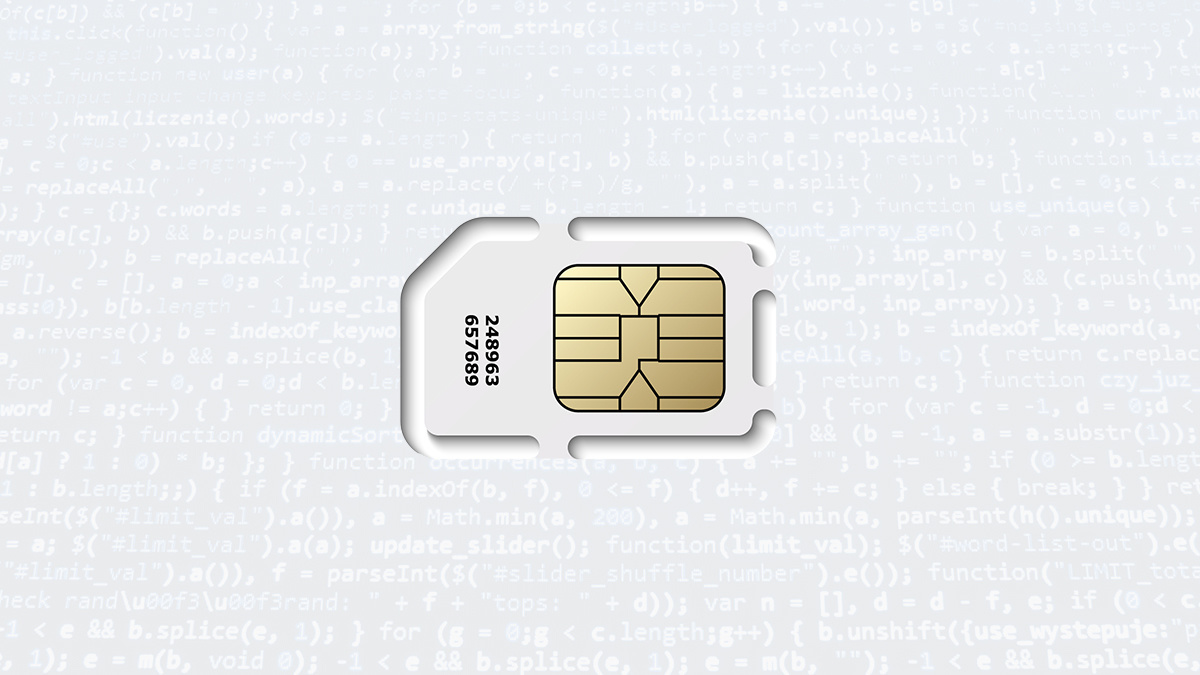 How does smishing work?

In a typical smishing scam, victims are instructed to perform a variety of self-damaging actions in the misguided belief they are getting something useful (like activating a credit card), exciting (a prize or exclusive offer), or protecting themselves from some immediate threat (such as a warning they have been infected with malware).

These actions can include:

Cybercrooks impersonate a wide range of organizations, such as banks, healthcare agencies, or courier firms.

Attackers often inject a sense of urgency (“Offer expires today!” or “Act now or your account will be suspended!”) to frighten the target into following instructions that might have raised suspicions, had they taken more time to think.

Spear-phishing, which customizes messages to a specific individual or organization, makes such gambits more credible.

“By going through different channels simultaneously, people are often led to believe that only a legitimate organisation would have all their details.”

Some smishing messages are easy to spot since messages are characterized by misspellings, bad grammar, and implausible calls to action.

However, many are highly convincing and the red flags – there are nearly always red flags, however subtle – are tricky to detect. 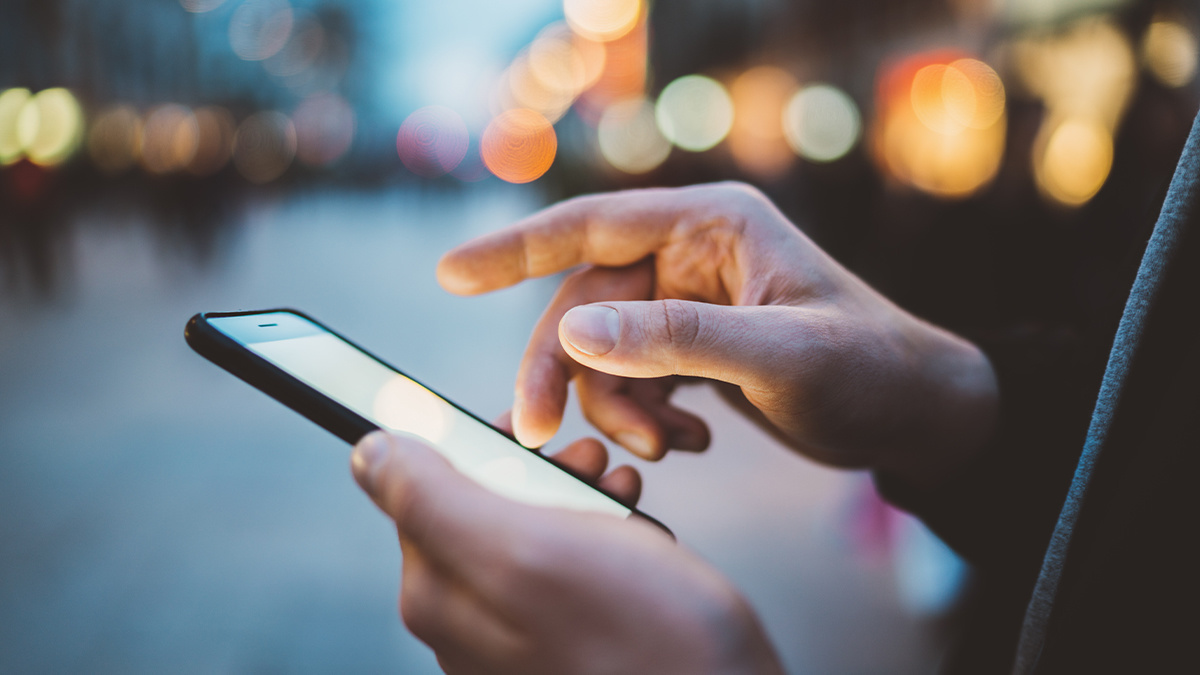 What is the difference between smishing and vishing?

Vishing attacks are designed to dupe victims via voice calls.

Attackers often use Voice over IP (VoIP) services such as Skype since they can readily spoof caller IDs of trusted organizations. Robocalls are often used, while the emergence of deep fake audio increases the risk of victims being defrauded by the manipulated voices of people they know and trust.

Psychology of a smishing victim

“Everyone is vulnerable to both malicious emails and malicious SMS,” Georgia Crossland, who co-authored an academic paper on the behavioural dimension of cybersecurity that was submitted to the UK government, told The Daily Swig.

“Research shows even experts can be caught out,” added the London-based PhD student, “either because the attack was particularly convincing, or because of environmental reasons, such work stress, or a security-productivity trade-off.”

Cognitive biases “influence our vulnerabilities”, she said. She cites the optimism bias, where individuals believe themselves less susceptible than others and are therefore “less likely to take preventative methods”.

Persuasion techniques popularized by Dr Robert Cialdini in the 1980s can often be identified in phishing attacks, Crossland says – ‘scarcity’, for instance (“click before it’s too late”), or ‘liking’ (we tend to trust people or organizations we like).

“For example, I received the Whole Foods voucher scam message on WhatsApp from three separate ‘friends’ and very nearly clicked on the link,” admits Crossland.

How to stop smishing text messages snaring you

While smishing can’t exactly be defeated, there are actions you can take to ensure you don’t fall for them.

Security experts generally preach a safety-first mindset when deciding whether to respond to SMS messages.

“If you don’t know with certainty who sent you the message, don’t click any links,” says Larry Trowell of Synopsys. “This is also true of seemingly branded messages. If you didn’t sign up to be notified with package delivery notifications, for instance, don’t click the link.

“If it seems unusual that a company is sending you text messages to download their latest app or to get a discount code, then trust your instincts.”

This checklist encapsulates expert advice on spotting and dealing with suspicious SMS: 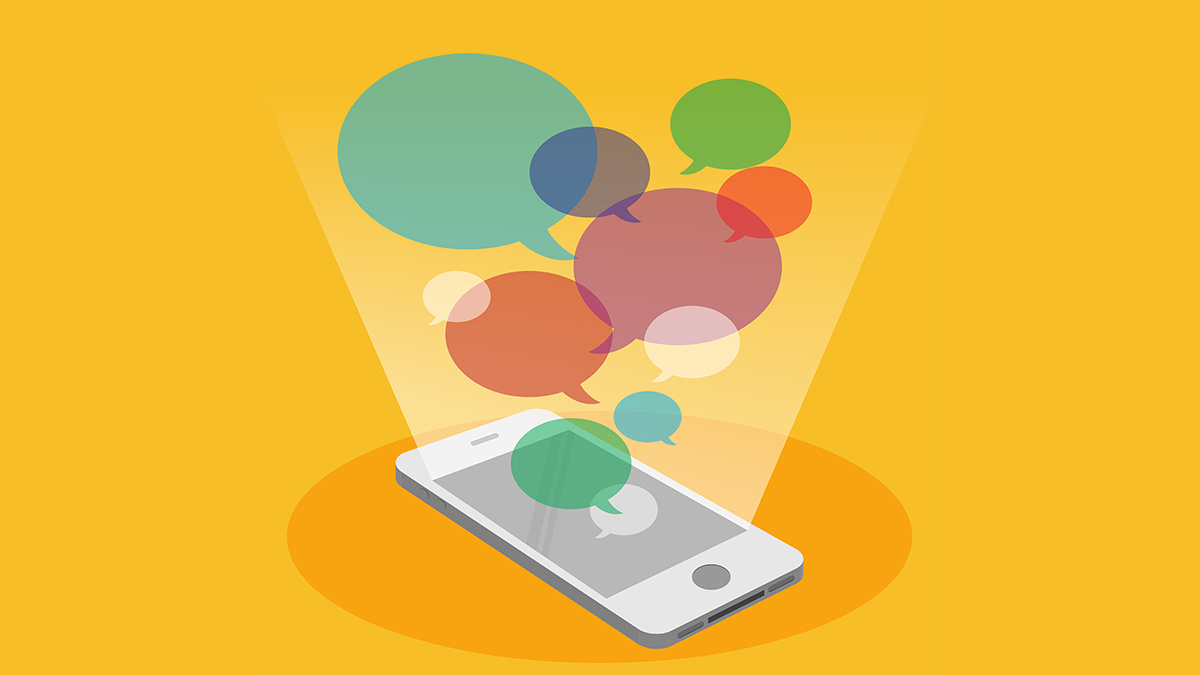 It can sometimes be difficult to spot a smishing attempt, but there are often red flags

“There usually isn’t the equivalent of an email gateway for SMS messages,” says Javvad Malik of KnowBe4. “So organizations are almost completely reliant on their staff being able to spot, and not fall victim to, a smishing attack.”

But Georgia Crossland, who was part of the winning team at The Atlantic Council’s inaugural UK Cyber 9/12 Student Challenge, warns that fear-based awareness campaigns “often scare people into believing there is nothing they can do to reduce threats personally, leading people not to try.

“We need to do more qualitative research to better understand the human factor in information security,” she adds.

However, technological solutions can still be part of the solution. For instance, the SMS SenderID Protection Registry, a UK trial, blocked more than 400 scam variants as of April 2020 by allowing organizations to register and protect their message headers.

How to report smishing

If you receive a suspicious SMS that appears to impersonate an organization, you can alert them directly.

Alternatively, you can forward it to an anti-fraud SMS service if one exists in your country (7726 in the US and UK for instance), or Google ‘report smishing’ to find the relevant authority in your country (Scamwatch in Australia, for example).

If you’ve responded to what you suspect might be a fraudulent SMS, you should also alert your bank and phone provider, which can set up security alerts.