Illicit darknet marketplace had over a million users

One of the world’s largest underground markets for illegal drugs and weapons has been shut down in an international policing operation, Europol announced today (May 3).

Wall Street Market, a darknet trading platform with more than a million users, was taken offline yesterday following a coordinated effort by law enforcement, consisting of authorities in Germany, the Netherlands, the US, and supported by Europol.

Three men are currently being held by Germany police in relation to the illicit trading platform, which facilitated the sale of narcotics, firearms, fake documents, and hacking tools from approximately 5,400 registered vendors.

Two of the site’s highest-selling drug suppliers are also said to have been arrested in the US as part of the operation.

Authorities additionally seized servers, €550,000 (about $614,000) in cash, and “6-digit amounts” of Bitcoin and Monero cryptocurrencies.

Earlier this week, Wall Street Market caught the attention of security researchers, as it appeared the site’s administrators had conducted an exit scam.

According to Malwarebytes, a recent series of withdrawals from a public cryptocurrency address associated with the marketplace – amounting to more than $11 million – was “being broken down and likely laundered” by criminals.

It is not known whether the suspects in custody are these Wall Street Market admins.

“The Bundeskriminalamt (The Federal Criminal Police Office of Germany) has managed a big blow against cybercrime.

“Together with the Center for Cybercrime Control of the General Prosecutor Frankfurt were three administrators a darknet trading platform will be arrested.

“In the darknet trading platform called ‘Wall Street Market’ it was one of the currently largest darknet platforms (narcotics), was used for illicit trafficking in various goods, especially narcotics.

“The trading platform was located in the darknet and only accessible via the TOR network.

“Meanwhile Bundeskriminalamt has taken control of the platform and switched a takeover banner on the former platform.” 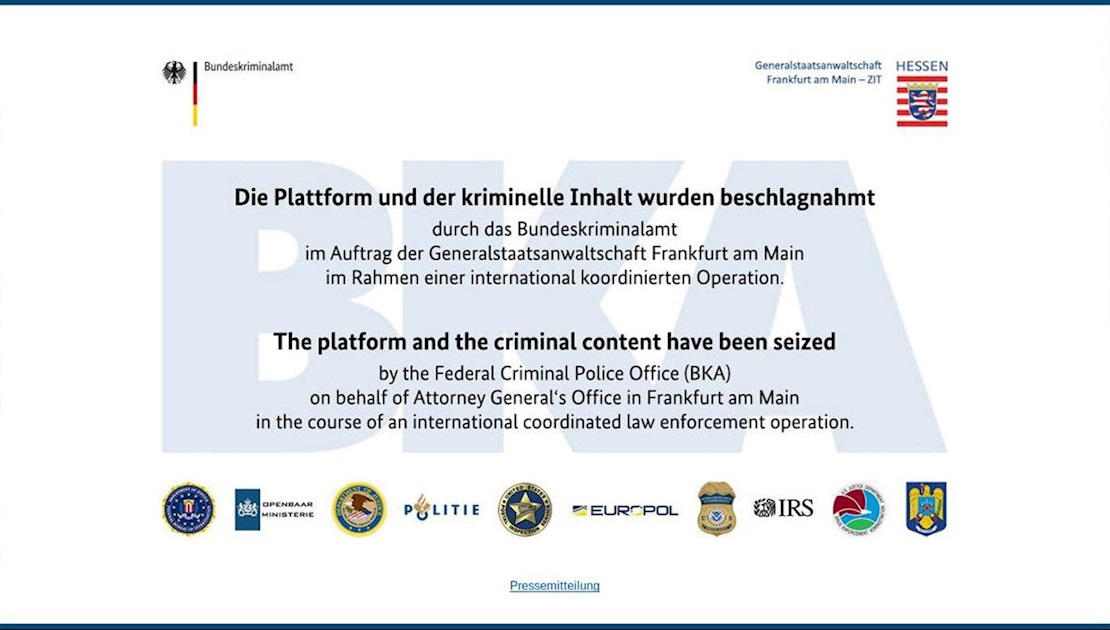 In today’s announcement, Catherine De Bolle, Europol’s executive director, said coordination was essential in the effort to stop the online trade of illicit goods and services, highlighting the closure of a second darknet marketplace, Silkkitie.

“These two investigations show the importance of law enforcement cooperation at an international level and demonstrate that illegal activity on the dark web is not as anonymous as criminals may think,” she said in a press release.

The closure of Wall Street Market follows Europol’s announcement in March that a coordinated effort between authorities in Europe, Canada, and the US resulted in 61 arrests and the closure of 50 dark web accounts used for illegal activity.

As news of ‘Operation SaboTor’ started to spread, admins at Dream Market – the largest darknet drugs bazaar – announced they would cut their losses and shift operations to a “partner company”.

Dream Market still appears to be operational, despite this announcement.

In the UK, Thomas White from Liverpool was recently jailed for five years and four months for his role in creating a rebooted version of the notorious dark web marketplace, Silk Road.

White, 24, admitted facilitating drug dealing on the new Silk Road 2.0 website, as well as supplying Class A drugs, money laundering, and possession of child abuse material on an encrypted laptop seized at his home.