UK security start-up XQ Cyber has gone into administration, making around 60 people redundant in the process. 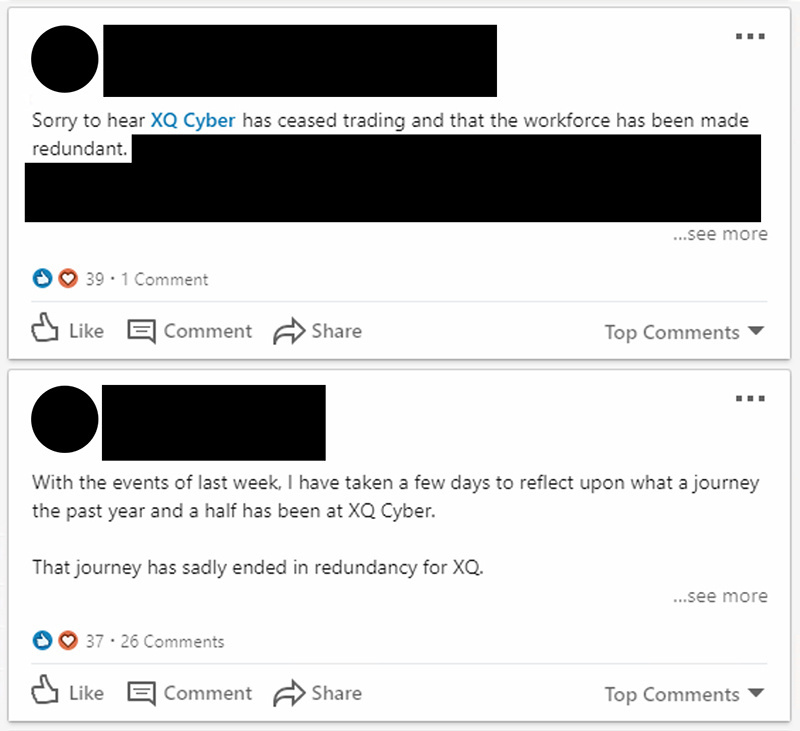 The closure of XQ Cyber is being discussed on LinkedIn

The closure of XQ Cyber comes against the backdrop of an otherwise buoyant cybersecurity market, both in the UK and internationally.

Some XQ Cyber staffers had joined the firm as little as six weeks ago, amid a series of seemingly positive developments for the firm during 2019.

The public sector UKCloud reportedly added XQ Cyber’s CyberScore cyber security testing and rating tool to its portfolio in May, creating what seemed like a potentially lucrative sales channel in the process.

The NCSC-approved service provider was also featured as one of 20 UK security start-ups to watch in a profile in Information Age in June.

XQ Cyber’s website remains up and running, but a call to the listed contact number on Thursday morning went unreturned at the time of going to press.