Are you a creative and experimental user of Burp Suite Professional, who wants to see the newest features and improvements before most users? Now you can. With the release of v2021.2.1, you can become an early adopter of new releases.

There are now two channels through which Burp Suite can receive automatic updates: Stable and Early Adopter. New releases will first appear on the Early Adopter channel, and will only graduate to the Stable channel when any initial wrinkles have been smoothed.

Versions of Burp that appear on the Early Adopter channel will still go through the same rigorous pre-release testing as always, but Stable versions will benefit from the additional robustness of a period of real-world testing via the good graces of early adopters. To see the sorts of things that early adopters will be getting first, check out the Burp Suite roadmap for 2021.

Everyone has the Stable channel selected by default. You can stay with that for maximum stability, or choose Early Adopter to be among the first to see the new features we have planned.

The choice of whether you update with Stable or Early Adopter releases is associated with an installation rather than a user. So you could make two installations of Burp Suite to try out both.

To become an early adopter: open Burp Suite, go to "User options" and then the "Misc" tab, scroll down to "Update" and select the Early Adopter channel. 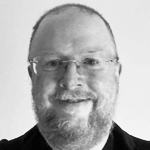