Can you hit a moving target? 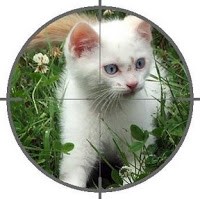 Despite slanderous reports to the contrary, I remained sober at Infosec last week long enough to hear a number of skilled sales professionals peddling their wares. In amongst the vulnerability scanners that can find all known and unknown bugs, and the identity management solutions that will put hackers out of business, was an unbreakable authentication mechanism - "unbreakable" because it employs a device that changes the user's password every 60 seconds.

Can you guess a password that changes every 60 seconds?

Some would suppose that you cannot, or at least that you would be highly unlikely to do so. The intuition here is that each time a password is generated, you will only have a few chances to guess it before it changes. If you don't guess it in that time (which is very unlikely), you are back to square one. The situation, it seems, stands in stark contrast to that of a static password, where you can continue guessing indefinitely until you are successful.

This intuition, however, is mistaken, and employing a rapidly changing password in itself does not add much to the security of an authentication mechanism. To see why, let's compare two mechanisms that are equivalent in all other respects.

Suppose that a "changing password" mechanism employs a device that generates six-digit decimal numbers for passwords, which is fairly typical. To keep things simple, let's also suppose that an attacker only has time to make a single guess at each password before it changes.

In the equivalent "static password" mechanism, let's suppose that each user has a six-digit decimal number as a password, and that this never changes.

Next, our attacker targets the changing password mechanism. Again, there are 1,000,000 possible passwords, so his first guess has a one in 1,000,000 chance of success. Assuming this guess is wrong, he tries again. But because the password is regenerated, he has not eliminated any outcomes for the second guess, so his next guess still has a one in 1,000,000 chance of success, and this remains the same no matter how many unsuccessful guesses he makes. He appears to have very little chance of guessing the password - hence the intuition.

However, as we saw in the case of the static password, after 500,000 unsuccessful guesses the attacker still has only a one in 500,000 chance of success in his next guess; nevertheless, at the outset of the exercise he may expect to have guessed the correct password by this point. So we may ask: what is the corresponding point at which the attacker targeting the changing password mechanism may expect to succeed?

So in a head-to-head challenge, what is the probability that the attacker targeting the changing password mechanism will have failed after 500,000 attempts? It is 0.999999 ^ 500,000, which is 0.606. That's right, there is nearly a 40% chance that the password will have been guessed by this point. With a bit of maths, we can work out that at the outset the attacker may expect that, on average, he will have guessed the correct password after 693,147 guesses - this is the point at which 0.999999 ^ N falls below 0.5.

Now, in the real world there would of course be more factors in play than in my simplified scenario. Users may choose alphanumeric passwords with a larger range of possible values; but they may choose them non-randomly. They may write down their passwords; equally, they may leave their device lying around. Either mechanism may implement defences to frustrate brute force attacks. I don't want to suggest that password-generating devices are pointless - in many situations they can play a beneficial role in conjunction with other controls like conventional passwords, biometrics and account lockout. But if you hear the claim "It changes so it can't be broken", think "snake oil" and head for the bar.