Since the introduction of Burp projects in Burp Suite 1.7 we've had some reports of native crashes in the OpenJDK JVM when using disk-based projects.

It appears that a bug in OpenJDK may cause the JVM process to crash when using memory-mapped files. This appears to affect only certain platforms, notably Kali Linux.

The easiest way to resolve this issue is to use Oracle Java, which does not contain the bug.

We appreciate that in some instances using Oracle Java may not be practical. We have received reports that this bug has been patched in JDK 9, and it may be possible to backport this patch to Java 7 or 8. 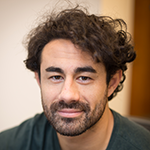