This release introduces support for popup windows when recording logins and a new live crawl view for Burp Scanner. We have also added several new features to DOM Invader, including the ability to detect DOM clobbering vulnerabilities, and various minor improvements and bug fixes for Burp Suite. It also upgrades Burp's browser to a later version of Chromium.

Burp Scanner can now replay recorded login sequences that open new windows or tabs. This enables you to run authenticated scans on websites with login mechanisms that require you to interact with popups, such as Microsoft and Amazon's SSO services.

We have added a new Live crawl view tab to the Scan details dialog. This tab enables you to watch Burp Scanner render web pages in real time, helping you to diagnose unusual crawl activity or simply get a better understanding of Burp Scanner's behaviors when scanning a particular target. 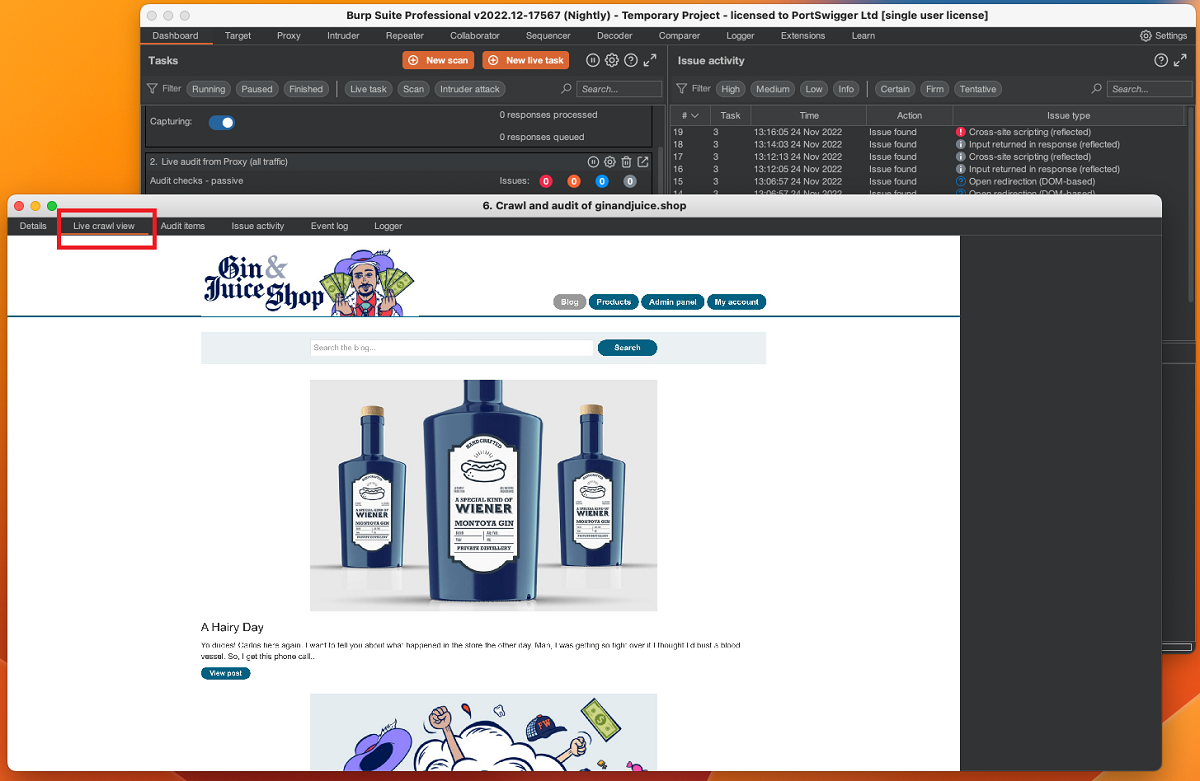 Most importantly, we've fundamentally changed the way Burp Scanner navigates using its built-in browser. As a result, you may now be able to successfully scan a number of sites that were previously incompatible with automated vulnerability scans. In particular, you should see much better results on sites that rely heavily on navigation initiated by client-side JavaScript.

This release adds a number of new features to DOM Invader, as well as some usability improvements.

We have also divided the main settings menu into collapsible categories to make it easier to use.

We have added support for rolling licenses in Burp Suite. If your Burp license key has expired but you have a new, valid license associated with your account, then Burp Suite automatically applies your new license key the next time it starts up.

Burp Suite now requires Java 17 or later to run. This change should not impact you unless you launch Burp Suite from the command line, as the installer includes a bundled private Java Runtime Environment so that you don't need to worry about installing or updating Java.

We have fixed the following bugs: