This release introduces several improvements to the Intruder and Repeater tab bars, including the ability to select between a scrolling or wrapped tab view and, for Repeater, the ability to organize tabs into groups. It also introduces HTTP/1 keep-alive, in which Burp Suite can now reuse a single TCP connection to send multiple HTTP/1 requests, and adds a selection of preset scan modes to the Scan Configuration menu. Finally, we have released several key improvements for DOM Invader, including the ability to test for client-side prototype pollution.

You can now organize Repeater tabs into color-coded groups. Grouping tabs makes it easier than ever to work with large numbers of open tabs and keep track of related requests.

We have also added a search function to the tab bar, which you can use to search for individual tabs or groups.

Intruder and Repeater now provide two views for tabs. As well as the standard wrapped view, you can now also display tabs as a single, scrollable row. This can help to free up on-screen real estate, especially on smaller displays.

This release provides the following key improvements to DOM Invader:

For an overview of how to use these new features from PortSwigger researcher and creator of DOM Invader, Gareth Heyes, check out the following video:

You can now send multiple HTTP/1 requests using the same TCP connection. Previously, Burp always closed the connection after each request / response pair, even if the server supported connection reuse.

Reusing connections in this way brings significant benefits in terms of request speed and timing accuracy.

To use these new scan modes, select Use a preset scan mode from the Scan Configuration menu and choose one of the available options. 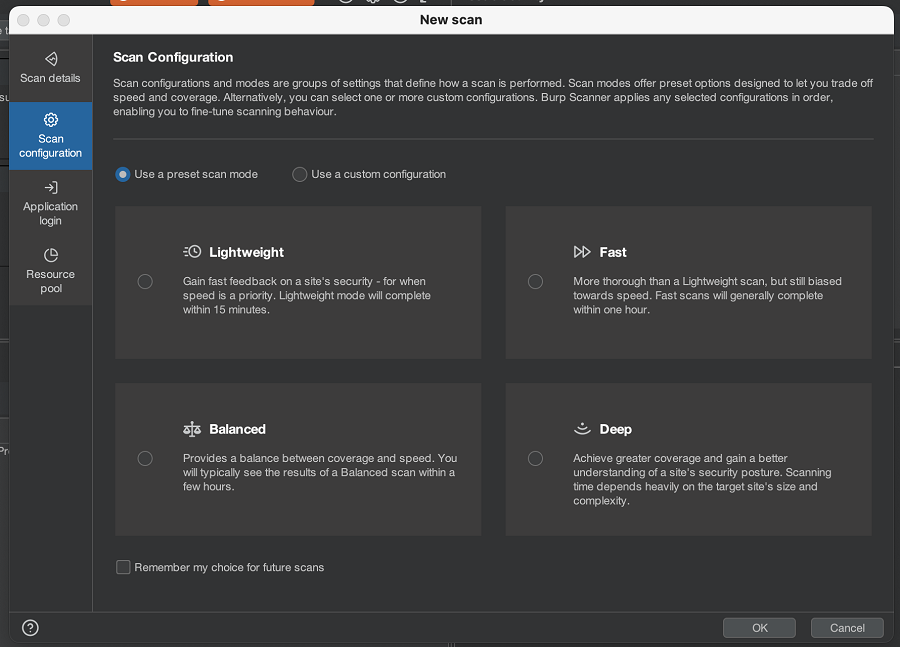 We have made numerous improvements to Burp Scanner to improve stability, performance, and progress estimation.

This release also provides a number of bug fixes. Most notably: