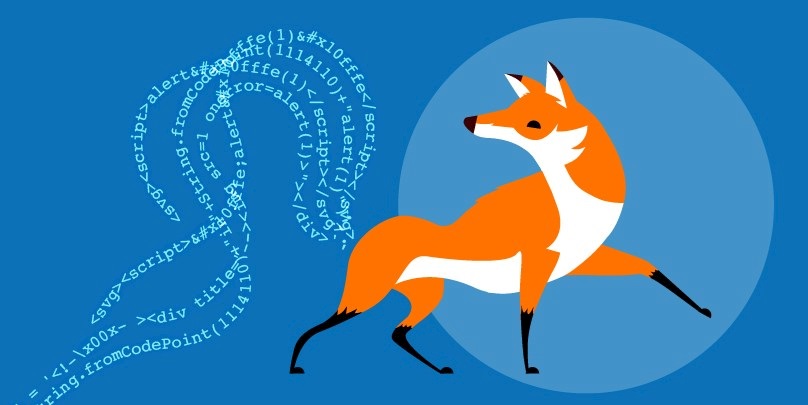 In this post I'm going to walk you through how I used behavioural fuzzing to find multiple quirks in Firefox. Normally, when fuzzing the goal is to find a crash indicating memory corruption, but my goal is different; I want to find interesting browser behaviour. That could be characters that open or close a tag that's out of the ordinary or maybe characters that are ignored by the JavaScript parser. Such unexpected behaviour can often be used aid XSS attacks by bypassing security filters and escaping from JavaScript sandboxes.

The first bug I want to talk about is how to close a HTML comment in a different way. If you read the HTML specification you'll know that you can close a comment with --> or --!> but what about another way? This is a great question to start off fuzzing with. You just then need to generate some code that answers that question.

Back in 2008 when I built Shazzer to fuzz browser behaviour I was limited to around 10,000 vectors per page but now in 2019 everything is faster so we can fuzz a lot more at once. Also, using the DOM speeds up fuzzing further because you no longer need to append each vector to the the current document. It's worth noting that this isn't foolproof, you might get different results and indeed I've found cases where the DOM allows NULL characters in attribute assignments like href but the HTML parser does not. These are still cool bugs but you can't always trust the results to give you a true indication of what the HTML parser will do. It works for the majority of cases though and it's much faster than outputting the HTML using a server side language.

The first step is already done - we have our question "What characters can close a HTML comment?". To answer this question we need to use the existing characters we know will close a HTML comment and fuzz the characters that we don't know. The next step is to use something to fuzz, in my case I use my tool Hackvertor but a local web server would do the trick too. Load up Hackvertor, the idea with the tool is usually to enter your input in the input box and do some conversions with tags and do something with the output but since we don't have anything to convert we can enter our code directly into the output box. So click in the output text area and lets create our array literal to store the fuzzed characters in and a div element to test the HTML:

Next we need to fuzz through over 1,000,000 unicode characters or 0x10ffff to be precise. A simple for loop is all we need:

We then reuse the div element we created for each character, in this case I'm testing the position after the !, so the character will be injected after the !. I then use an img element to see if the fuzz was successful, if this element exists then the HTML comment was closed and we have some interesting characters!

Lastly we check if the img exists using the querySelector and add the characters to the log then I close the if statement and for loop and finally I assign the results to the input box on the left hand side:

Here's the code in full, you need to open the URL in Firefox and then place the input into the output box and hit the button "Execute JS" to fuzz through the characters. After fuzzing is complete you should see numbers in the input box, these correspond to the character codes that were successful. At the time of writing Firefox (version 67) still allows new line characters - \n and \r - after the ! to close a comment. I've been informed that this is fixed in future versions of Firefox. So the last stage of fuzzing is now to assemble your payload, this is quite simple you just need to replace the character code with the character and add a XSS payload:

You can use Hackvertor again to test it works by pasting the above into the output box and then clicking "Test HTML" and an alert box should fire because Firefox (version 67) allows the new line as part of the closing comment.

So the character we are fuzzing occurs after the first hyphen and if the character successfully creates an opening HTML comment it will comment out the div element and thus break out of the title attribute. This time when you run "Execute JS" we get two results on Firefox (version 67): "0,45". 45 is expected because that's the hyphen character but 0 is the NULL character! That means Firefox is interpreting the sequence <!-NULL- as an opening comment. Crazy stuff (I think the browser vendors need to do more behavioural fuzzing =) ). To finish off this test case we now need to create our vector, we need to do the same thing again replace the String.fromCodePoint function with just the NULL character and a cool XSS vector:

Let's move onto JavaScript instead of HTML. I tested every browser, and I'm sorry Mozilla but once again Firefox is doing some crazy stuff. I got my inspiration of what to fuzz from a tweet by @jinmo123 they are using new cool ES6 features to call functions without parentheses but the question I came up with to fuzz was "What characters are allowed after an in or instanceof operator?". Next we create the code in Hackvertor again, it follows a similar template as before but this time doesn't use the DOM. First we create the array and for loop:

Then we are going to use eval instead of innerHTML to fuzz our characters. We first need to surround it with a try catch block in order to catch any exceptions caused by invalid characters.

The eval function is used to see if our JavaScript is valid, if it is it will go to the next line, if not it will throw an exception which will be caught and then move onto the next character. The next line simply logs the character and the rest closes the try catch block and the for loop and finally logs the results to the input box.

If you run this code with "Execute JS" it produces a ton of results! Firefox is ignoring a lot of characters. If you try the code on Chrome you get more sensible results. Find a character code in the input box you want to use, in my case it was "1114110" or "0x10fffe" in hex. Now we produce our JavaScript vector:

You can also represent it inside a SVG script: