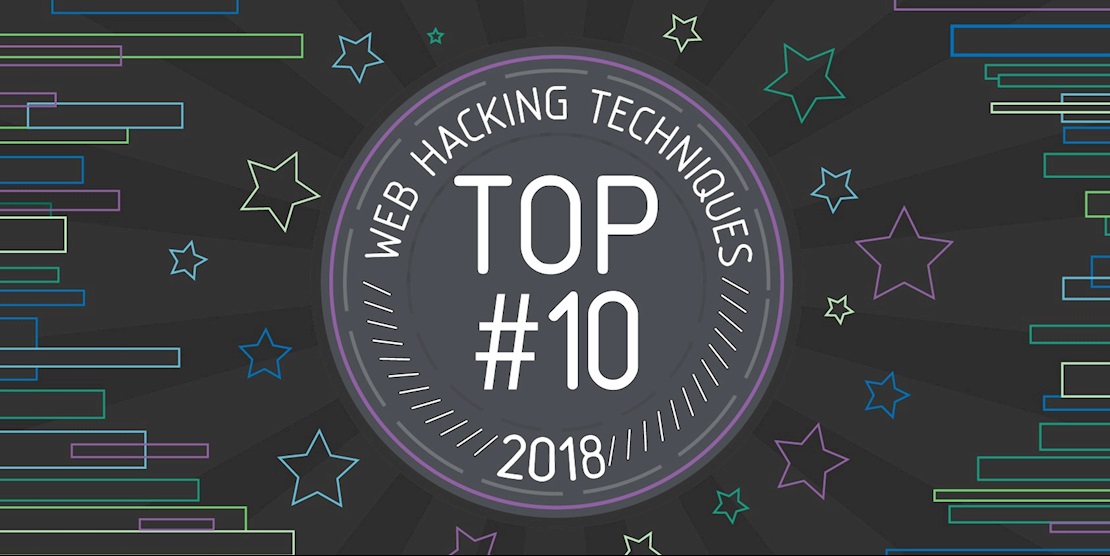 The results are in! After an impressive 59 nominations followed by a community vote to pick 15 finalists, a panel consisting of myself and noted researchers Nicolas Grégoire, Soroush Dalili and Filedescriptor have conferred, voted, and selected the 10 most innovative new techniques that we think will withstand the test of time and inspire fresh attacks for years to come.

We'll start at number 10, and count down towards the top technique of the year.

This blog post by Luan Herrera looks like a straightforward vulnerability write up, right up until he innovatively uses a browser cache timing technique to eliminate network latency from a notoriously unreliable technique, making it surprisingly practical. I think we can expect to see more XS-Search bugs in the future.

In this blog post, Ajay and Balaji explore a number of techniques for exfiltrating data from spreadsheets in Google Sheets and LibreOffice. It might be less shiny than higher-ranked items, but this is practical, easily applicable research that will be invaluable for anyone looking to quickly prove the impact of a formula injection vulnerability.

If you're wondering what malicious spreadsheets have to do with web security, check out Comma Separated Vulnerabilities. It's also worth mentioning that 2018 also brought us the first documented server-side formula injection.

WordPress is such a complex beast that exploiting it is increasingly becoming a stand-alone discipline. In this presentation, Robin Peraglie shares in-depth research of WordPress' misuse of double prepared statements, with a nice touch on PHP's infamous unserialize, built on previously shortlisted research by Slavco Mihajloski.

Attempts to exploit blind XXE often rely on loading external, attacker-hosted files and are thus sometimes thwarted by firewalls blocking outbound traffic from the vulnerable server. In a blog post described by Nicolas as 'how to innovate in a well-known field', Arseniy Sharoglazov shares a creative technique to avoid the firewall problem by using a local file instead.

Although limited to certain XML parsers and configurations, when it works this technique could easily make the difference between a DoS and a full server compromise. It also provoked a follow up comment showing an even more flexible alternative.

We have built a Web Security Academy lab where you can try this technique out for yourself in a demo environment.

6. It's A PHP Unserialization Vulnerability Jim But Not As We Know It

It's been known in some circles for a while that harmless sounding file operations like file_exists() could be abused using PHP's phar:// stream wrapper to trigger deserialisation and obtain RCE, but Sam Thomas' whitepaper and presentation finally dragged it out into the light for good with a robust investigation of practical concerns and numerous exploitation case studies including our friend WordPress.

In which Frans Rosen shares some quality research showing that deprecated or not, you can abuse HTML5 AppCache for some wonderful exploits. He also discusses some interesting postMessage attacks exploiting client-side race conditions.

It's always great to see a language-specific vulnerability that doesn't affect PHP, and this research presented by Olivier Arteau at NorthSec is no exception. It details a novel technique to get RCE on NodeJS applications by using __proto__ based attacks that have previously only been applied to client-side applications.

I suspect you could scan for this vulnerability by adding __proto__ as a magic word inside Backslash Powered Scanner, but be warned that this may semi-permanently take down vulnerable websites.

3. Beyond XSS: Edge Side Include Injection

This research by er James Kettle shows techniques to poison web caches with malicious content using obscure HTTP headers. I was naturally banned from voting/commenting on it, but the other panelists described it as 'excellent and extensive fresh research on an old topic', 'original and well executed research, with a very clear methodology', and 'simple yet beautiful'. I highly recommend taking a read, even if just so you can decide for yourself if I cheated my way to near-victory.

2020 update: We have released six free, interactive labs so you can try out web cache poisoning for yourself as part of our Web Security Academy.

1. Breaking Parser Logic: Take Your Path Normalization off and Pop 0days Out!

Orange Tsai has taken an attack surface many mistakenly thought was hardened beyond hope, and smashed it to pieces. His superb presentation shows how subtle flaws in path validation can be twisted with consistently severe results. The entire panel loved this research for its practicality, raw impact, and wide ranging fallout, affecting frameworks, standalone webservers, and reverse proxies alike.

This is the second year running research by Orange has topped the board, so we'll be paying close attention during 2019!

The huge number of nominations lead to a particularly brutal community vote this year, with numerous respectable pieces of research failing to make the shortlist. As such, if the top 10 leaves you clamouring for more you might want to peruse the entire nomination list as well as last year's top 10. Also, if you're wondering how to invent a technique that will land you in next year's list, I've published my personal advice on the topic in So you want to become a web security researcher?.

Looking ahead to next year, I'll try to make the community vote stage a bit slicker by doing a slightly stricter filter on nominations - in particular, I'll reject vulnerability writeups that purely apply known techniques in an unoriginal way. We'll also look into improving the vote UI, and perhaps allowing comments during voting so you can explain the reasoning behind your favourite research.

This year's vote rolled around really quickly thanks to last year's occurring way behind schedule, but next year the process will be launched in January 2020. As usual, we're already open for nominations. Finally, I'd like to thank everyone in the community for your research, nominations, votes and patience.