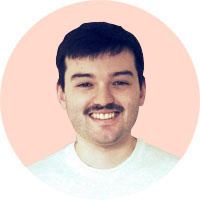 I was obsessed with computers and video games from the moment my parents bought me a PlayStation for my birthday, so I knew that I always wanted to do something with them when I was older. If nothing else, it was more realistic than being a race car driver or an astronaut! Unfortunately my high school/college had very limited resources to teach programming so I had to wait until university before I could really get my hands dirty.

I had a couple of years experience working as a junior developer after I graduated, before I applied at PortSwigger as a .NET developer. Due to an unusual turn of events I was given the opportunity to work on the Burp team as a Java developer, so I quickly retrained and I've been working with the desktop team ever since. I love it!

What is your favorite video game?

There are so many to choose from, but if I had to pick one it would be The Elder Scrolls IV Oblivion. It re-wrote the book on how to make an open world RPG and I don't think any game has beaten it 14 years later.

Our Culture without a doubt. We don't blame people for mistakes, we learn from them. We don't tip-toe around problems, we identify the cause and we fix it the right way. Everyone helps each other out and works together to ensure that we make Burp as good as we can because we care, and I've never seen that before.

I'm currently working on developing an open-source .NET Standard library called dot-net-enigma. The idea is that this allows developers to utilize the cryptography capabilities of an enigma machine - as used by the German Military in the second world war - in an API that is easy to use and fully unit tested. Which could then be used for obfuscation or unusual cryptography applications.