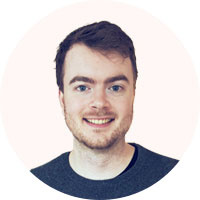 I was accepted to Cambridge University to study Natural Sciences with a focus on biology. I decided to switch to Computer Science in my first week, after finding myself drawn more to that course than biology - that was an interesting phone call home. I'd never done any kind of programming or computer science prior, but fortunately got on well with the subject. Two years after graduating I joined PortSwigger, after two colleagues from my previous position who had already made that move recommended it to me.

I've been here now for three years and in that time worked on Burp 2 beta, the Web Security Academy, and finally, Burp Scanner. My main focus recently has been the crawler - this mostly entails improving performance, refactoring mechanisms to cope with the modern web, and dying inside whenever someone requests the return of the Spider! My hobbies include Lego, baking, and online gaming.

Seeing Burp Suite out in the wild. When I spot screenshots of Burp in articles, tweets, or tutorials about new cutting edge techniques, it reinforces that what we build is well loved, respected, and up to the job.

We received a ticket from a customer detailing a scenario in which they didn't think the scanner was performing as expected. We wrote a test to recreate the circumstances and found exactly what they were describing. As we widened the test to cover more parameters we found more and more little bugs. By the end of it we had built a test suite running more than 32,000 combinations and had squashed I think 16 different bugs. It was satisfying to finally put so many little things which had been plaguing us to rest, all from one user's feedback.

Fireman Sam. Not just a fireman, Fireman Sam specifically. If I was going to be a fictional character for a day I would definitely be Fireman Sam, to achieve fulfilment of my childhood wish.

What would your desert island discs be?