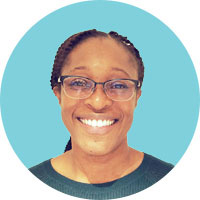 I was introduced to HR or the People Function by a senior consultant I worked with at a management consulting firm that I joined following completion of my master's degree. It was a boutique consulting firm in Silicon Valley, and my first project was working on an employee satisfaction survey. As a consultant I had no idea what happened with the project after we handed it off, what the results were, and what was done with the data. That really bothered me. The senior consultant said I should consider a role in HR so I could have a hand in the implementation of people projects. That led to a role in HR at a tech company during the dot.com era, and I've been working in tech ever since.

What is your favorite thing about working with PortSwigger?

The opportunity to work with a highly successful, mission-driven company with extremely talented people, and watching the business grow.

What is your most used web application?

Probably Gmail. I was at Google when it first launched on 1 April 2004, and we all thought it was an April Fool's joke! At the time I was a diehard Outlook user and it took me about 18 months to make the switch.

Initially I wanted to be a medical doctor, but then pivoted to clinical psychology because I wanted to understand how people's minds work. In the end I decided that working in business was more interesting.

An IBM PS2 from when I was a student 30 years ago! In the 1990s, it was state-of-the-art, complete with a disk drive. It also took up half the space in the dining area of my flat.