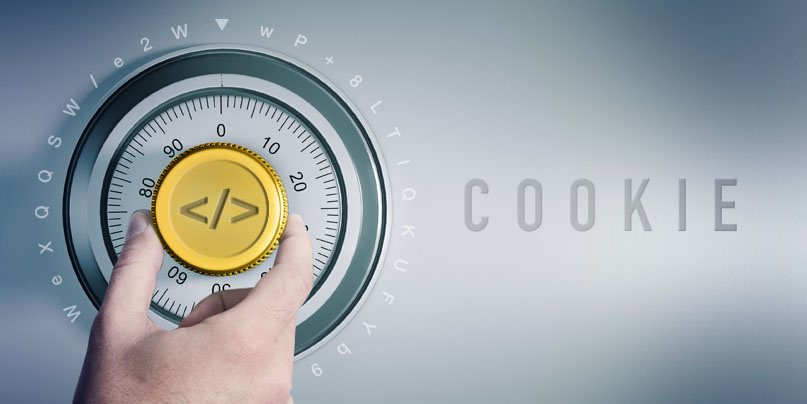 You might recall our post on a CSP bypass in PayPal; they used an allow list policy and we demonstrated how that was insecure but what about the other side of the coin? Nonce based policies are more secure right? Well, nonce based policies are definitely more secure if you have high confidence that your JavaScript contains no bugs. But these bugs can be subtle so you might not notice.

For example this script would be allowed because "random-token" would be a randomized token that the CSP has allowed:

Whereas in this case the attacker has injected their script but does not know the randomized token and therefore the script won't execute.

Our head of the scanner team Alex Borshik decided to run a routine scan of portswigger.net and our dynamic analysis flagged up an interesting issue. He passed the issue over to me and I had a quick look to see what was going on: 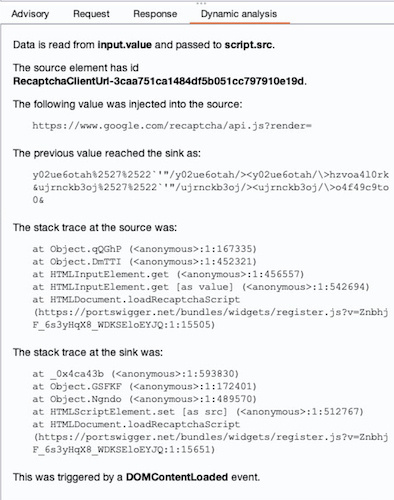 I took the stack trace from dynamic analysis and pasted into the Chrome console to show the exact lines of code:

Burp scanner had spotted that the value of an input element was being used to control a script URL.This made the Recaptcha script we'd written vulnerable. The gadget in this case would be the input element and its value property.

This code uses a query selector to get the Recaptcha Client Url. The problem is that if an attacker has an injection vulnerability that occurs before the querySelector's target they can inject a malicious element with the ID "RecaptchaClientUrl-'' and hijack the querySelector's results.

The reason for this is document.querySelector will return the first element that matches the querySelector so what dynamic analysis flagged up was an actual nonce based CSP bypass. This is demonstrated with the following:

You have to have high confidence that your JavaScript doesn't contain bugs like this because an attacker can abuse them to gain control over your scripts. The best fix for this issue is to avoid giving an attacker control over the URL, so specifying a static string to the script's location would prevent this issue.

Nonce based policies are definitely more secure than using an allow list. However, care needs to be taken when writing JavaScript so it doesn't expose your site to subtle gadgets that an attacker can use to side step your policy.