XSS without parentheses and semi-colons 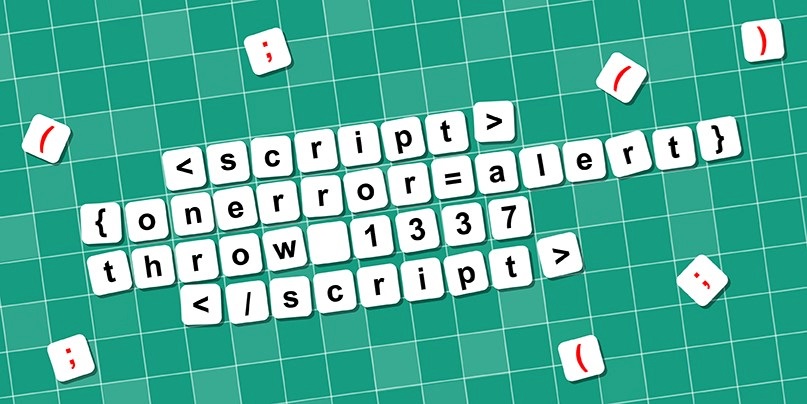 If you've tried running the code you'll notice that Chrome prefixes the string sent to the exception handler with "Uncaught".

In my previous blog post I showed how it was possible to use eval as the exception handler and evaluate strings. To recap you can prefix your string with an = which then makes the 'Uncaught' string a variable and executes arbitrary JavaScript. For example:

The string sent to eval is "Uncaught=alert(1337)". This works fine on Chrome but on Firefox the exception gets prefixed with a two word string "uncaught exception" which of course causes a syntax error when evaluated. I started to look for ways around this.

It's worth noting that the onerror/throw trick won't work when executing a throw from the console. This is because when the throw statement is executed in the console the result is sent to the console and not the exception handler.

When you use the Error function in Firefox to create an exception it does not contain the "uncaught exception" prefix. But instead, just the string "Error":

I obviously couldn't call the Error function because it requires parentheses but I thought maybe if I use an object literal with the Error prototype that would emulate the behaviour. This didn't work - Firefox still prefixed it with the same string. I then used the Hackability Inspector to inspect the Error object to see what properties it had. I added all the properties to the object literal and it worked! One by one I removed a property to find the minimal set of properties required:

You can use the fileName property to send a second argument on Firefox too:

After I posted this stuff on Twitter @terjanq and @cgvwzq (Pepe Vila) followed up with some cool vectors. Here @terjanq removes all string literals:

Pepe removed the need of the throw statement completely by using type errors to send a string to the exception handler.