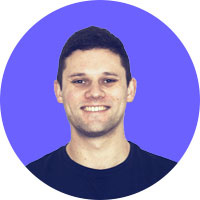 After studying languages at university, I got a job in Munich both writing and translating software documentation. I was lucky enough to work with development teams from all over the world and enjoyed having to learn about new technologies and unfamiliar industries so that I could explain the products to users effectively. I eventually used some of my experiences to design and teach a course in technical writing tailored specifically for non-native speakers of English.

Almost 10 years later, I was working from home as a contractor and slowly going a bit mad from being cooped up on my own all day. I spotted a job listing with a company called PortSwigger, who prided themselves on being a close-knit team with a strong emphasis on making sure their employees enjoyed the work they were doing. It sounded like exactly what I needed. PortSwigger has more than lived up to my expectations. After years working in a heavily corporate environment, it's great to work for a company that genuinely values its employees.

I work closely with the development teams to help people get the most out of Burp Suite's powerful range of features. I'm also delighted that I have the opportunity to work on the Web Security Academy alongside some of the world's leading researchers. I'm proud of the work we do and look forward to implementing some of the exciting plans we've got to grow the Academy in the future.

The whole company really does feel like a team. If you need something, you can approach anyone, regardless of their job title, and they'll always try to help. There's no egos at all - everyone is treated as an equal whether you've been with the company since the beginning or are just starting out as a recent graduate.

I originally wanted to go into journalism. I had what's probably an overly romanticized idea of being an Italian football writer, swanning around Italy watching matches and eating pizza for a living. I suspect the reality is probably not quite like that. At least that's what I tell myself.

What would your superhero power be and why?

Teleportation. I love to travel, so the idea of being able to instantly go anywhere in the world sounds perfect to me.