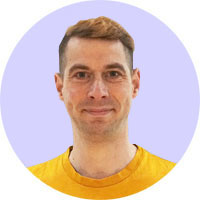 I started off reverse engineering games mostly through sibling rivalry, either to set better times or to cope with him nabbing the sheet with the logon codes. I studied Physics at the University of Bath and after graduating ended up getting a job with my friends' company writing code. That was back in 2007 and since then, I've worked in a fair few industries. They include legal, medical, finance, e-commerce, and, somewhat fortunately, motor racing, since I've built systems used for two Formula 1 races.

The teamwork here - I've never worked anywhere before where everyone pulled so much together to make things happen.

If you could have lunch with anyone, alive or dead, who would it be?

Yvon Chounaird; he's climbed everywhere and is seen as one of the inventors of modern climbing - he's also a passionate environmentalist.

I didn't have a job I wanted to do, I did want to work in Formula 1; and I've done that.

When did you first hear about PortSwigger, or Burp Suite?

When I asked why my application logs were full up with what looked like a hacking attempt.

What is your favorite gadget?

My portable, gas-fired pizza oven. I use it at least once a week. A highlight was using it at the river-side after a day spent paddling whitewater.

If you could be any fictional character, who would you be and why?

I wouldn't be a fictional character, but I'd take Bren Orton's paddling skills, or Shauna Coxsey's climbing skills for a day (they're both local athletes too).

Who would play you in the film adaptation of your life?

I always used to get told I looked like Zach Braff when I was younger. He'd do. I'm not all that fussed.

What's the proudest achievement of your life?

Commissioning the race system at Circuit of the Americas in Austin.