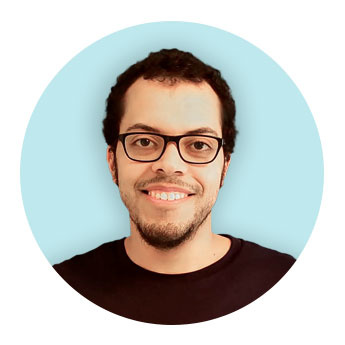 I did my Maths degree at Imperial College London and my Maths masters at University of Cambridge, after which I decided to pursue a PhD in Number Theory. A year into the PhD I didn't quite like the uncertainty of it all, so I left and started a PGCE course ... The theory was ok, but after I spent a week in the classroom I decided to leave that also!

During the PGCE someone said that I'd perhaps enjoy programming, so I took their word for it and did a little bit of research. It must have been a good hunch as I then took my first job as a Software Engineer at HP Autonomy and haven't looked back since! That was back in February 2013, so I have been a Software Engineer for nearly eight years and I've been at PortSwigger for almost two of those eight years.

We usually pair program at PortSwigger and since joining, I've always been working with someone. I thought to myself "all these people seem like they know what they're talking about, but I don't yet!" During my time working on the Web Security Academy, the colleague I was pair programming with went on holiday for a week and I had to fend for myself. I had to create a couple of new labs without having the support of my colleague, and managed to do just that! That set of labs were received very well by the community of users so that was a pretty cool day for me, feeling that I do fit in well with the rest of the people at PortSwigger.

What would your superhero power be and why?

Flying, although it's absolutely a cliche! I would definitely want this so that I'm able to travel to outer space and see all the wonders of this universe, and potentially beyond! Assuming I can also withstand weird space-like atmospheres and heat ...

I was working on a cool social media Android app for about two years on the side, but I recently left that to pursue another side project that I'm really passionate about. My current project is aiming to provide a debt-free solution to buying a home. In this project, I'm writing serverless Python code in AWS, using API Gateway, Lambda, S3, SES, Cognito and more, using Terraform to write the AWS infrastructure as code for the backend. This has been really interesting and something that I've pretty much learnt from scratch, after an introduction to Terraform and AWS in a previous job.