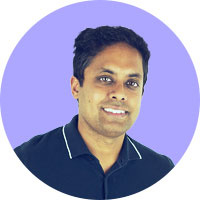 I have a PhD in Computer Science from the University of Sheffield - my area of study was in Natural Language Processing. After that I worked as a post-doctoral researcher at the university, working on speech recognition and social robotics. I moved into industry about three years ago, working as a software engineer in Sheffield. I moved to the Manchester area a couple of years ago, and I've been at PortSwigger for nearly one and a half years.

Having the chance to work with excellent people who are intelligent, capable and good communicators, as well as being friendly and easy going. Also working on technically challenging problems which are at the cutting edge of web security development.

What makes up the majority of a normal day for you at PortSwigger?

There is some variation because we have multiple ongoing projects and we swap around between those. But generally, I spend most of each day solving difficult technical challenges to implement new features or improve existing code and tests. It is challenging but satisfying.

We do pair programming a lot at PortSwigger, which I've not encountered in previous jobs - I don't think this is widely done at other companies either. Pair programming can be quite intense since you are working closely with one other person for a substantial period of time. I found it difficult when I started because I wasn't used to it - now I really enjoy it. It is very effective since you are helping each other out, sharing ideas and reviewing each other's work as you go. It generally means work gets done quicker and at a higher quality than working alone.

Probably a choice between the Christmas and Summer parties. I love my job, but I also really enjoy relaxing and socializing with everyone instead of working every now and again!

If you could be any fictional character, who would you be and why?

If I was going to be anyone, it would definitely be Captain Picard. I think he is a great example of a leader successfully dealing with difficult problems.